Monday Motivation: When a lock becomes the key 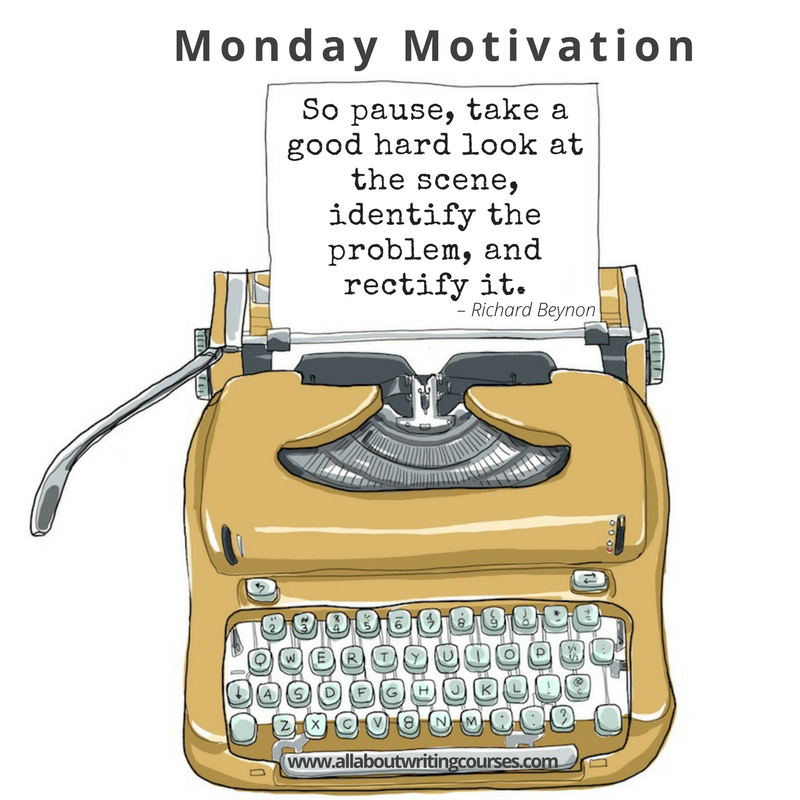 We’d come off the tidal Thames – a writhing, contained beast of a river whose coils you can feel flexing beneath the surface of the water – onto the Grand Union Canal at Brentford, in London’s far west. It’ll still take us five hours or more to get to our destination, Paddington Basin, just off Little Venice.

One of the first challenges to greet you at this end of the Grand Union is a flight of locks, the Hanwell Locks, that run up alongside a Victorian asylum for the insane. The walls of the asylum are handsome and high. If you listen very carefully, you can just hear the faintest echoes of the gloom and the chaos that must once have ruled there.

Now the Hanwell Locks, six in number, are remarkable in two respects. Firstly, they are unusually deep. Secondly, they are not in good nick. Their gates are splintered, the gear that opens their sluices in bad need of refurbishment. And they leak. Badly.

When you’re ascending a flight – as we are, from sea level at the Thames – you approach a lock from below. Let’s assume that the lock behind the closed gates is full of water. Your first task is to empty the lock. This you do by opening small sluice gates set in the gates themselves – in the wide locks of the Grand Union, there are two gates at either end.  The water rushes out until the level of water in the lock equals the level of water in the canal below the lock. You open the gates, steer your canal boat into the lock, and close the gates behind it.

Then it’s simply a matter of opening the sluices in the upper gates which raises the water in the lock – and the boat floating in it – until it reaches the level of the canal above the lock. Finally, you open the upper gates and chug out.

So, the scene is set. Trish has opened the gates to the first lock of the Hanwell flight. I have steered Patience into the lock. She has closed the gates and opened the sluices in the upper gate. Water has gushed in, raising Patience and me some ten feet. Now she prepares to open the top gates. First she closes the sluices on one gate, and crosses over to the other. Then she pushes at the great arm of the gate. It’s delicately balanced on a pivot so that, although it weighs upwards of a ton, it’s usually fairly easy to manipulate.

But not this time. This time the gate resists all her efforts to open it.

She opens the sluices again. We hear the gates click subtly as the water levels in and out of the lock equalize. She closes the sluices, crosses swiftly to the other gate and tries to push it open. No go.

She repeats this process three times. All in vain. She realizes that water is leaking out of the lock so fast that she has to leave the sluices open while she opens the gate. This, note, is not usual procedure. It is more laborious and it takes more time. Because in the time it took her to close the sluices of one gate, and cross to the other gate, the water level in the lock has dropped fractionally below the level of water in the canal above. And why is that? Because the lower gates are leaking prodigiously.

Now what, you might ask, has this to do with writing? And my answer is simple: a lot. How often do we find that something in a scene we’re writing doesn’t work? It feels flat. There’s no sense of drama. The character is a marionette without any internal life.

In short, our story is leaking. In order to fix it we have to pause and take stock. What precisely is the problem? Is it a question that your protagonist’s decision is unmotivated? Is it that you’ve left out an essential set-up scene which means that your readers are likely to be confused? Is it that a character is just slightly off? Perhaps the conflict is not quite well defined enough – or we’re working towards a dramatic destination that shifts even as we work our way through the scene.

There could, of course, be any one of a great many problems.

So pause, take a good hard look at the scene, identify the problem, and rectify it. Sometimes it’s very difficult to sort out what the problem really is. Sometimes it takes trial and error. It can entail rewriting a scene or two, even a chapter or two. On occasion it might even entail starting at the beginning again. This could take time. It could entail your trying a number of different solutions before finding the one that really works. It means being patient. It means waiting for the water level in the lock to equalize with the water level in the pound above.  Before the story and the characters click into place.

Only then will you be ready to steam on with your story. 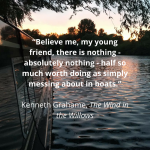 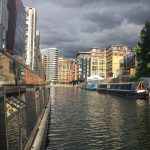