Monday Motivation: ‘Mission Impossible’ and the meme of the ticking clock

By Richard Beynon
Posted February 12, 2018
In Monday Motivation
Monday Motivation: ‘Mission Impossible’ and the meme of the ticking clock2018-02-122018-02-11https://allaboutwritingcourses.com/wp-content/uploads/2016/12/final_logo_small.pngAll About Writing Courseshttps://allaboutwritingcourses.com/wp-content/uploads/2018/02/mmm-122f02-social-media.png200px200px
0

Idly in search of ideas that might amuse and instruct you, I found myself watching one of the interminable Mission Impossible movies, in which the utterly and impossibly intrepid Ethan Hunt played, as usual, by a visibly aging Tom Cruise, sets out to, oh, I forget, stop the world blowing up? Something trivial, in any event.

Ho hum, I thought. And then the writers/producers/art department sets a digital clock running. Ethan has I forget how many minutes to dive into a giant vortex, swim against the current in a colossal spinning mechanism scores of metres in diameter, and then slip a card into a slot in order to… oh, I don’t really recall. Save the world? Save his girl? Save the hundreds of millions of dollars sunk into this impossible story?

He manages this vortex with commendable efficiency. It’s when he tries to slip that card key into the locking mechanism that things go awry. It’s snatched from his hand by that damnable current, and whirls off.

Cut to Ethan’s handler, worried about his lung capacity. Cut to the digital clock ticking down. By now I’ve forgotten what’s going to happen when the clock hits zero. Something terrible, I’m sure. But there’s another clock – and that’s Ethan’s capacity to survive under water for, well, an impossibly long stretch of time.

But the point is, it worked. Despite my utter cynicism. Could Ethan hold his breath for long enough to accomplish his mission? (I think we can guess the answer to that.) But even though the outcome of the story is predictable to a fault, that ticking clock did its job.

It raised the stakes. It increased the tension. It caused me to watch the movie for a good ten or fifteen minutes longer than was good for my soul.

I remember an early series of 24 (terrible dialogue, brilliant cliffhangers) in which Jack Bauer pilots a small plane away from Los Angeles with a nuclear device in the back. The device is going to blow up when its built in digital clock hits zero. All Bauer can hope for is that he’ll get it far enough away from the dense population of LA and its environs to minimize the number of innocent victims. (Although, come to think of it, is anyone truly innocent in LA?)

The clock ticks. Our brave hero throttles up to get as far into the desert as he can in the minutes he has left. And then, as if we hadn’t already bitten out nails to the quick (that damn clock!), Jack phones his daughter. It’s a scene fraught with the most terrible dramatic irony. We know he’s flying to his doom, she doesn’t. Jack doesn’t tell her the truth of his predicament, but aches with the knowledge that this is the last conversation he’ll ever have with her. The clock ticks down inexorably.

Clocks don’t have to tick in any literal sense, of course. It might be that your hero needs to get home in time to ask his girl to marry him before she catches the plane to another life in the antipodes … but then gets entangled in the mother and father of all traffic jams.

It could be that the old woman afflicted with dementia is trying distractedly to remember something. We know that she knows (but has forgotten) that there’s an armed robber in her daughter’s bedroom. The daughter heads for the bedroom. There are only seconds remaining before she opens the door… Will her mother remember in time?

Or, to take just one less melodramatic moment, the ticking clock adds tension to the scene in which your hero is hoping to impress his prospective employers with his promptitude… But then is delayed when he pauses to help a pregnant woman get onto the bus from which he was about to disembark, and the door closes, and the bus rocks into motion and he’s missed his stop and…

If what’s at stake is important to your character, then any delay will tighten the tension.

If Mission Impossible V reminded me of this crucial dramatic technique, then surely it couldn’t be all bad, could it?

P.S. Did I mention that Jack Bauer somehow survives to star in five or six more series? And I’d wager that in each of them there’s a ticking clock of one sort or another upping the ante. 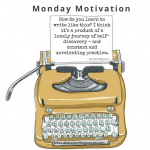 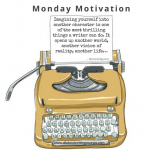