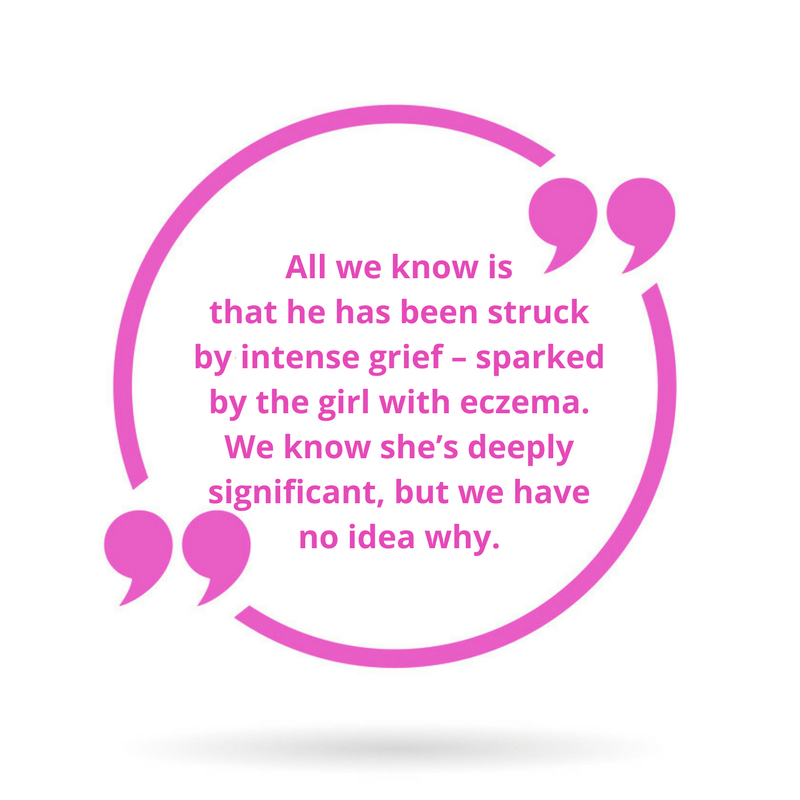 If we read like writers, we find constant lessons – both good and bad – which will aid our writing.

Here’s a lovely one from one of my favourites, Maggie O’Farrell. In This Must Be the Place, Daniel has several things on his mind: his ageing dad being one of them. He stops off in a park…

There is a movement to my left. A man and his child, a girl, are sitting down on the bench. I glimpse a pair of scuffed trainers, the ones with flashing lights on the soles, trousers with the hems rolled up. The phrase room for growth floats unbidden through my mind as I turn to look at them. There is the girl, there is the father.

It is the child who draws my gaze. She is standing, one arm outstretched. I see that the arm is twisted and held out like that because she is scratching, in the desperate, driven, focused way that only an eczema-sufferer can. She is tearing at the inner elbow, fingernails clawed and intent, seeking relief, seeking to feel something, anything, other than the torment of her condition. I see the grim determination of the child’s gaze, concentration under suffering.

Here, then, is another hole another cavern in the life of Daniel Sullivan. Perhaps the largest, most devastating of all. I have to push off from the bench, to move, to force myself away, so great is the grief that has torn through me. I set one foot in front of the other, again and again, putting distance between me and the pair in the park…

We readers have no idea what has happened here in the mind of Daniel Sullivan. All we know is that he has been struck by intense grief – sparked by the girl with eczema. We know she’s deeply significant, but we have no idea why.

Only much later do we discover that he was married previously and had two children, from whom he has been separated. His son suffered from an extreme form of eczema. The girl in the park reminded him of the family he had lost.

What a wonderfully oblique way of showing us more about Daniel. We are not told that he misses his son, which wouldn’t have been nearly as compelling or effective. Nothing is explained.

But the things which Daniel notices around him show us more about him, and his concerns. And at the same time, we are intrigued. We are determined to read on to discover the significance of the child in the park.

Power of Writing: Re-launched on a brand new platform! 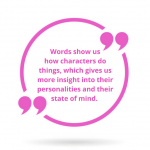 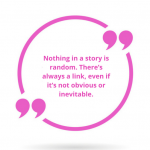 Writing Secrets: Scenes are like links in a chainJo-Anne Richard's blog, Tips for Writers