I’m reading an exceptionally deft and intriguing Nordic thriller written by a distinctly unNordic former inhabitant of the East Midlands, Will Dean. It’s true, though, that he’s since married a Swede, before, according to Amazon, building “a wooden house in a boggy forest clearing” in Sweden.

Dark Pines: A Tuva Moodyson Mystery is the first of a projected series, and if the rest are as good as or better than this, he’ll gather about him a growing horde of enthusiastic readers.

Why? Two things. One: character. Let’s look at that first.

Tuva Moodyson is a youngish journalist working for a small-town newspaper. It’s not her dream job by any means. There’s a suggestion that she’s suffered a set-back, and is here to lick her wounds and regroup. She’s single. She’s passionate about doing the very best by her paper and her readers.

And she’s deaf. She wears hearing aids that cost her a couple of months’ salary, and that are threatened by every rain shower. (There are lots of rain showers in this part of Sweden.) She has to ask people whether they mind her recording their conversations, because she can’t trust her hearing. And when she removes her aids, she retreats into a kind of welcome silence.

She lives and works in a wet and inhospitable corner of the country, where the forest and the weather present themselves as sullen antagonists: “… (T)his is October and the pine needles are dark and sodden and the moss is brown and the birches are naked. My dash reads two degrees above zero…”

She’s a brave, vulnerable, sometimes reckless character and I fell for her within a few pages.

That’s the first thing. The second thing is that old favourite of mine: significant detail. And the thing about Will Dean is not only that he knows how important they are in persuading us to believe in the reality of the world he’s evoking, but, since Tuva is also a writer, she also knows how important detail is – and tells us so.

The novel is written in the first person, so this is Tuva herself:

“As I follow Frida, I take in the rooms and snatch a glimpse into her world. These details are the colour that will bring my articles to life… It’s all about the personal details: armchairs and blankets and bookshelves stuffed with well-read romance novels, and travel guides to Spain and Portugal…

“We walk into the kitchen and it’s like something out of a magazine. Not grand, but stylish and cosy. I’ve gone from murder forest to sanctuary in ten minutes and that’s fine by me. The tiled floor is warm under my damp socks… I smell something like a stew and my stomach rumbles…”

Books and blankets, a stylish kitchen, and then the sensory details of damp socks and the aroma of stew.

I say it’s no wonder that Dark Pines was chosen by popular acclaim for the Guardian’s Not-the-Booker-Prize shortlist. 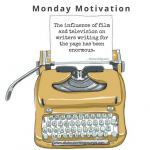 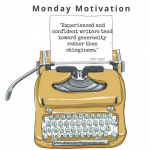