By Richard Beynon
Posted January 28, 2019
In All About Writing
Monday Motivation: Lessons in love – and knockabout comedy2019-01-282019-01-29https://allaboutwritingcourses.com/wp-content/uploads/2016/12/final_logo_small.pngAll About Writing Courseshttps://allaboutwritingcourses.com/wp-content/uploads/2019/01/mmm-jan-208-twitter.png200px200px
0

I grew up on a diet of Laurel and Hardy films that were even then, although I didn’t know it, repeats from an earlier golden age for the comedy duo. They reached their apogee in the thirties and forties, and are remembered for any number of signature gags.

Which leads me, you’ll have guessed, I’m sure, to Stan and Ollie, the biopic of the famous pair that’s been released to hugely positive reviews around the world.

It’s not going to make anyone a very large fortune – although it deserves whatever success it achieves. What it is, though, is a very fine and delicate character study of two men who love each other but who have a falling out during the course of their final stage tour. In the twilight of their careers, they’re at their most vulnerable, and wound each other with fusillades of acrimonious accusations. But before the tour is done, they find it in themselves to forgive each other for the insults they’ve swapped. The story ends on a bittersweet note: the actors, once famous but now increasingly eclipsed by a new generation of comics, acknowledge that their day is done.

Jeff Pope’s script is a minor masterpiece of subtlety and sly humour. I couldn’t help feeling, watching it, that it’s a writers’ film, since there are so many beautifully understated lines that trace the to-and-fro of Oliver and Hardy’s relationship. It never descends into mawkishness, managing always to avoid sentimentality.

It provides writers of all types with a number of important lessons. Let me pick out just two.

One: As I’ve said so often before, it’s better to understate than overstate; better to suggest the smoke than describe the fire; better to hint at the truth than state it baldly. Stan and Ollie were masters of physical comedy. They were knock-about comics who frequently made a meal of a mouthful. And yet Pope resists exploiting this rich vein of slapstick. He focuses instead on the much more subtle effects of the comedians’ suppressing their comic impulses.

Two: Pope plays his drama on a number of levels simultaneously.  Laurel and Hardy are knock-about comedians, and so Pope makes use of that. But they’re also two middle-aged men increasingly aware that their time has passed, that their Golden Age lies ever more remotely in the past. And they are also friends with decades of history under their belts – a history that includes perceived betrayals, intimate confidences, rivalry. They know all of each other’s secrets: their weaknesses, their flaws, their multiple marriages and the reasons for their failure.

The writer can play with this rich material. He can exploit the comedy, the nostalgia, the bitchiness, the love – and if he’s clever, and works at his text, he can exploit all these layers simultaneously.

This is one of the reasons that Stan and Ollie gathers emotional depth as it unfolds. By the end, our appreciation of all these dimensions has deepened to the point that we are totally invested in Stan’s love for Ollie – and Ollie’s for Stan.

Stan and Ollie is, despite its Golden Globe, not going to prove a blockbuster, I don’t think – but as an example of the writer’s craft (not to mention the actor’s and the director’s), it is really worth watching and pondering.

Laurel and Hardy, Stan and Ollie

Instagram
Not a bad way to start a Saturday work day. Subtex

Join us and a community of fellow writers for a Sa

Today on the blog, Richard Beynon talks how to mak

Today on the blog, Jo-Anne Richards discusses (not

Today on the blog, Richard Beynon talks the loneli 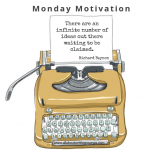 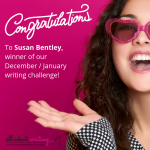 Unveiling the results of our December/January Writing ChallengeAll About Writing