Monday Motivation: Ruminating on writing from a hospital bed 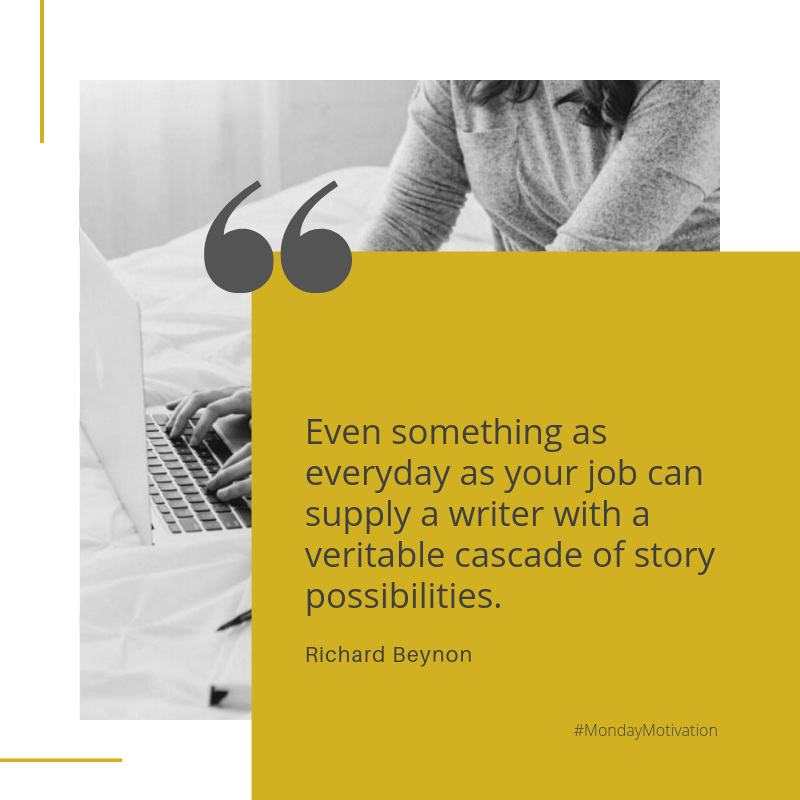 I’m in bed in Section1, Room 4:1 of a large hospital not far from home. I’ve just been sedated and had a probe inserted down my throat to enable a doctor to cast a cold eye at the left atrial chamber of my heart.* The objective of the exercise: to determine whether there’s a clot in a particular, out-of-the-way corner of the chamber that might pose a threat to my composition of future Monday Motivations.

It turns out that the nurse in charge of the unit which conducts these and similar probes and investigations is an enthusiastic reader of these blogs. I didn’t make this observation during my conversation with her, but I will now, that her job supplies her with a veritable cascade of story possibilities.

If there’s one thing that a hospital environment generates in spades is stories of high and low drama, of tragedy and pathos, of sweetness and light on the one hand, and of dark foreboding on the other.

In my ward, for instance, where six of us lie in various states of hope or despair, there is, in the bed across from mine, a man in his mid-fifties, with a sprinkling of salt in a neatly shaped black beard. He sleeps for much of the time. I have no idea what ails him.

Next door to me is the newbie, white-haired and vigorous, with a formidable belly and a pronounced Afrikaans accent. He strode in with determination, a suitcase in hand. He went straight to the bathroom, changed into bright pyjamas, and tucked himself in. He’s sleeping now, his head propped up on a fist, eyes firmly closed.

Across from him is an elderly woman with a great dressing on her neck. She says very little to the rotund husband who spends much of each day sitting on a chair beside her bed. She drifts about in her slippers like a ghost, occasionally wafting into the corridor on unknown errands before shuffling back and taking to her bed. Her husband tends to her with loving attention.

In the bed in the far corner is a man who greets me courteously whenever I pass him on my way to the loo. He is small and immensely dignified. His most frequent visitor matches him precisely in courtesy, dignity and dimension. They seldom exchange a word. His frequent visitors refer to him in tones of deep respect as “professor”.

And in the final corner is a rather more disheveled man in his eighties, who seems to be in a state of constant and anxious anticipation, and whose wife and daughter spend much of their time soothing him with a series of anodyne reassurances: “It’ll be all right,” “You’ll just have to wait it out,” and “That’s just how life is”.

And then, of course, there’s me – the inveterately cheerful observer taking notes. My wife is presently attending to, not me, but a group of maximum security Zonderwater prisoners who are celebrating the completion of stories they’ve written under our auspices. (By the way, you can help sponsor these writing workshops, if you’re so inclined.)

Behind each of these people, and their families, there are tales, as I said, of hope and despair – but also, of course, of endurance, of acceptance, of triumph.

What’s the lesson for us as writers? Well, one of the cautions issued me before I was sedated is that I shouldn’t, for the balance of the day, drive a car, make important decisions, or sign any legal documents. (The warning prompted me to ask whether one of the legal documents I shouldn’t sign was any acknowledgment of debt to the hospital itself. Much laughter ensued. But in the distance I could hear the meter clickity-clacking away.)

In any event, since this was written under the influence of an unknown number of milligrams of Dormicum, I guess you’d better take it all with more than a pinch of salt.

And ferret out that elusive lesson for yourselves…

* A TEE, which stands for a trans-oesophageal echocardiogram. “Why TEE,” I asked the nurse. “Why not TOE?” “Because,” she said, “it was pioneered in America.”

creative writing advice south africa, How to find inspiration, lessons for writers, where do writers get ideas

Richard Beynon
Richard Beynon is a story consultant and an award-winning film and television scriptwriter with a long and accomplished career in the industry. He has written for – or headed the storytelling teams of – many of country’s most popular soaps, dramas and comedies. These include S’gudi snaysi, Going Up, Soul City, Isidingo, Scandal, Rhythm City and Isibaya. A former journalist for the Rand Daily Mail, he has conceived, shaped and written scores of documentaries. He has lectured on writing for film and television at Wits University.
Recommended Posts
Showing 3 comments
pingbacks / trackbacks 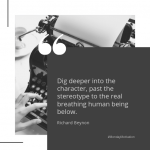 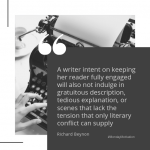