Monday Motivation: Feed the beast, or, a meditation on a writer’s raw material 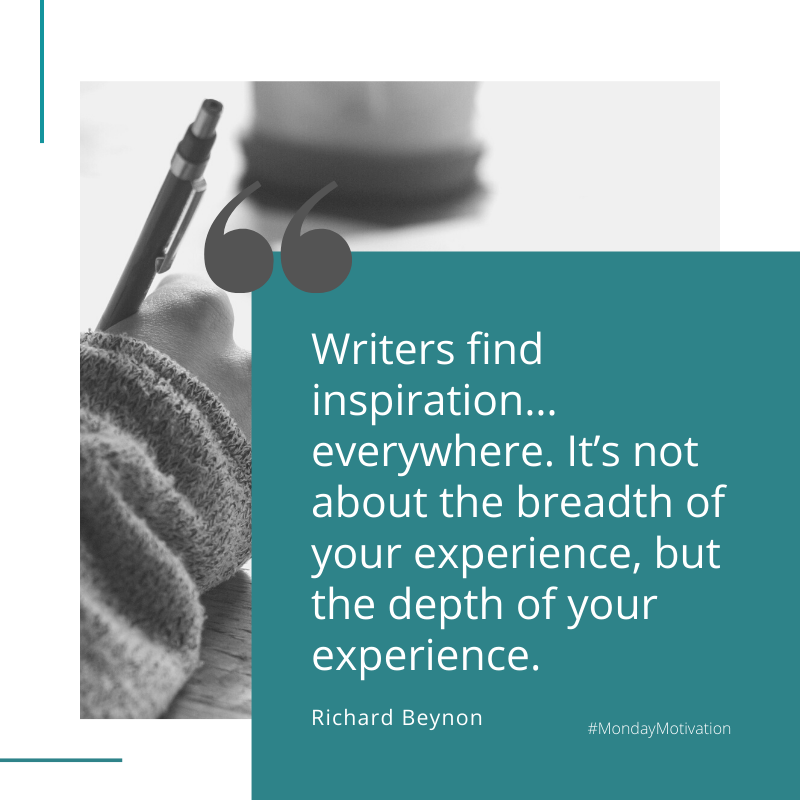 Someone – can’t remember who, Hemingway? Salinger? – once said that by the time you’re twenty-one, you have all the experience you’ll need to fuel your writing machine for a lifetime.

I’m not sure that’s right.

Or perhaps it’s right for the sort of writer who, like Proust, can, apparently, access every incident, every conversation, he’s ever witnessed. (We all need our version of his madeleine, I guess: a trigger, a spur.)

But there aren’t many Prousts around. What we have in our depository of raw material are our experience and our memories to feed our imaginations. And that depository can become depleted. You can only lean on your four-day stay in Paris a couple of times… You can only mine the trauma you experienced when your son stepped on a pin on his second birthday and had to have it extracted under general anaesthetic once…

So it’s wise to add to the store of your experiences from time to time, not only for the added value these give your life, but for the memories you can later draw on in devising story.

So the next question is, what sort of experiences make the best raw material? Well, naturally, this depends very much on your genre. If you’re a Wilber Smith, and if, additionally, you have an unlimited budget, you might well want to frequent the fleshpots and flashpoints of the world. You’d seek out casinos in Monaco, souks in Casablanca, refugee camps in the Middle East, and gorilla reserves in East Africa. You’d hope to find in these spots inspiration for memorable action sequences – the sort of sequences with which a typical James Bond film kicks off, for instance.

But what if the idea brewing in your mind is a domestic noir thriller, a Gone Girl-sort-of-story? Well, then, an expedition in deepest Rwanda in a quest for a family of mountain gorillas would be beside the point. But a little wander through the alleyways of your immediate neighborhood might well be just what you need to trigger a likely sequence of scenes.

But there’s something less obviously useful than scouting out possible locales for your story. A fresh experience, a novel encounter, a new book, can set up resonances in your brain and your imagination that are likely to produce unexpected ideas. That old notion that’s been buzzing about in your belfry for ages about a hero with Tourette’s Syndrome suddenly blazes into life when you stumble across Oliver Sacks’s account of Tourette’s…

(This might well explain the origin of a lovely book I’ve just read by the American writer Jonathan Lethem. In Motherless Brooklyn, his protagonist who does indeed suffer from Tourette’s, is just such a character. His investigation of the murder of his shady boss leads him to a series of chastening discoveries. Highly recommended.)

I think the point is that writers find inspiration… everywhere. So perhaps Hemingway, the man of action, or Salinger, the recluse, was right. It’s not about the breadth of your experience, but the depth of your experience. Give Proust a small prod, a madeleine, say, and the past opens up like a moonflower, rare and particular.

I once, tongue-in-cheek, proposed a formula for cheap and riveting television drama: set your story in a block of flats, I offered – and then amp it up with sex and violence. 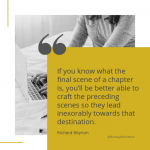 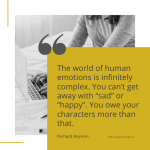