Writing Secrets: It’s like religion – you’ve got to believe 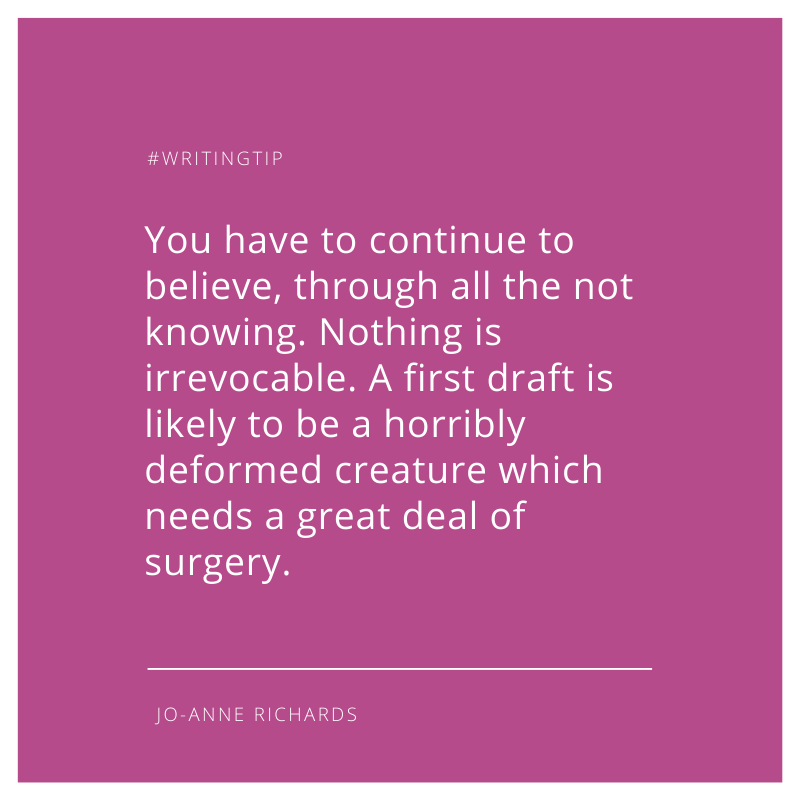 In a Creative Writing class I was teaching recently, I suggested that, if you’re not sure of an aspect of your writing – like which point of view would be most effective or how to structure your work – try your different options and see what works best.

“That’s an awful lot of investment,” one of my participants commented, “for something that’s never sure.”

And basically, that sums up the whole process of writing. Writing a book takes years, and for much of that time, you’re putting in time without any certainty. There will be long periods when you are not at all convinced that your project is working. Or, let’s be honest … when you’re convinced it’s absolutely dreadful.

Have you ever read David Foster Wallace’s marvellous addition to Don DeLillo’s description of writing?

The best metaphor I know of for being a fiction writer is in Don DeLillo’s Mao II, where he describes a book-in-progress as a kind of hideously damaged infant that follows the writer around, forever crawling after the writer (ie, dragging itself across the floor of restaurants where the writer’s trying to eat, appearing at the foot of the bed first thing in the morning, etc), hideously defective, hydrocephalic and noseless and flipper-armed and incontinent and retarded and dribbling cerebrospinal fluid out of its mouth as it mewls and blurbles and cries out to the writer, wanting love, wanting the very thing its hideousness guarantees it’ll get: the writer’s complete attention.

The damaged-infant trope is perfect because it captures the mix of repulsion and love the fiction writer feels for something he’s working on. The fiction always comes out so horrifically defective, so hideous a betrayal of all your hopes for it – a cruel and repellent caricature of the perfection of its conception – yes, understand: grotesque because imperfect. And yet it’s yours, the infant is, it’s you, and you love it and dandle it and wipe the cerebrospinal fluid off its slack chin with the cuff of the only clean shirt you have left because you haven’t done laundry in like three weeks because finally this one chapter or character seems like it’s finally trembling on the edge of coming together and working and you’re terrified to spend any time on anything other than working on it because if you look away for a second you’ll lose it, dooming the whole infant to continued hideousness.

And so you love the damaged infant and pity it and care for it; but also you hate it – hate it – because it’s deformed, repellent, because something grotesque has happened to it in the parturition from head to page; hate it because its deformity is your deformity (since if you were a better fiction writer your infant would of course look like one of those babies in catalogue ads for infantwear, perfect and pink and cerebrospinally continent) and its every hideous incontinent breath is a devastating indictment of you, on all levels… and so you want it dead, even as you dote and love and wipe it and dandle it and sometimes even apply CPR when it seems like its own grotesqueness has blocked its breath and it might die altogether.

That just about sums it up. It’s like religion: just believe. Faith is a choice and, despite all the seeming evidence to the contrary, you have to continue to believe in your work. You have to put in the time and push ahead, no matter how defective it may seem.

You have to continue to believe, through all the not knowing. Nothing is irrevocable. A first draft is likely to be a horribly deformed creature which needs a great deal of surgery. It may even need to be taken apart and put together again.

But none of that is possible at all unless you continue to love and hate it and, despite its hideousness, believe that one day it might be beautiful.

advice for beginner writers, how to be a writer, how to write a book, how tow rite the first draft, writing advice 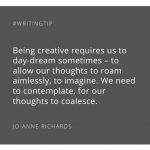 Writing Secrets: When to switch off a manuscript’s life supportJo-Anne Richard's blog, Tips for Writers