Monday Motivation: A character who enjoys arranging things in rows 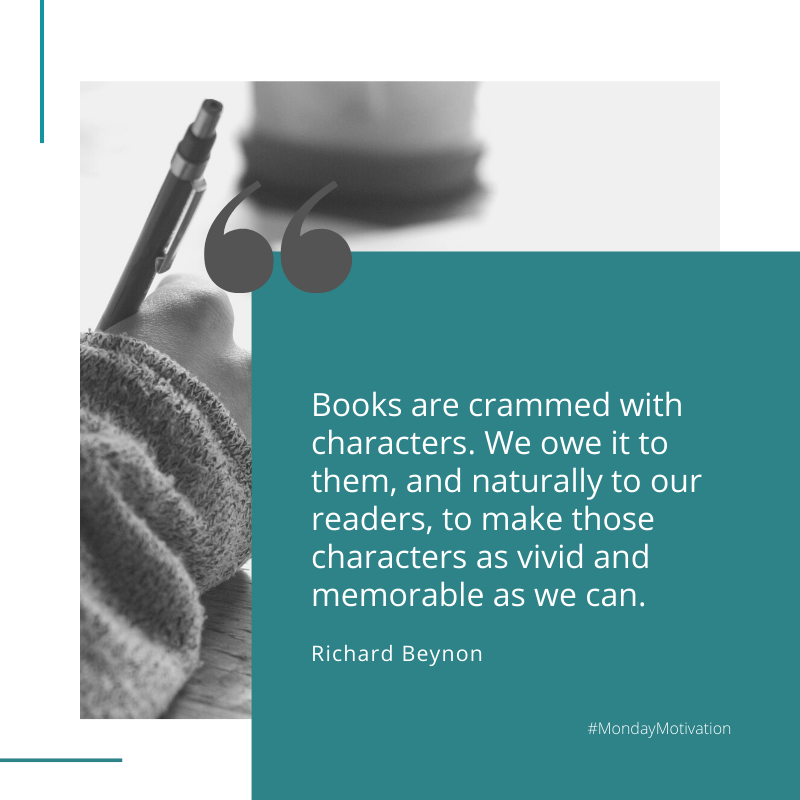 Not everyone you encounter – or create – has a dome-like head, or eyebrows that bristle comically, or sports a distinctive portwine mark on her cheek, or is invariably accompanied, like Mr Krook from Bleak House, by a grey cat on his shoulder.

So how do you create distinctive characters? Well, first of all, you develop a habit of intense observation. In your next formal meeting, where you’re sitting with half a dozen people in a room listening to an interminable report on this or that, focus on the person opposite you. Find a distinct detail about their physical appearance – that bristling moustache, pendulous earlobes,  an inappropriately colourful tie – that you could use in a description of a character in a story. If you can, make a discreet note of your observation.

We have a friend, a novelist, who spent a chunk of his life as a banker. Sober, industrious, extremely competent, he told us that he lamented the amount of time his job required him to spend in those meetings that the corporate world deems essential. Nevertheless, he impressed his colleagues with the diligence with which he took notes, even when the subject of the discussion was only peripheral to his department’s interests. In fact, he confessed to us, what he was doing was noting details of his fellow managers which he thought he might use in the novel he was currently working on: this man’s enthusiasm which led him to stumble over his words; that woman’s pursed and disapproving moue; that man’s noisy consumption of an endless procession of cellophane-wrapped peppermints…

But of course, any description of a character tells us as much about our perspective character as about the subject of that description. We often refer in our creative writing course to the contrasting experiences of a botanist, on the one hand, and a lost child who find themselves wandering through the Amazon jungle. The child will see monsters lurking beneath every frond; every vine hanging from the canopy will writhe and curl like an anaconda; and every sound in the undergrowth will foreshadow an imminent attack. The botanist, on the other hand, will notice a rare orchid blooming in the fork of a tree; a completely new species of fern nestling in the undergrowth; and so on.

So, in the same way, a child will see adults generally very differently from the way we regard each other. Years ago, one of our children remarked , when entering a restaurant in which a jolly party of pensioners was enjoying a Christmas lunch, “Oh, can you smell the hearing aids!”

So if your protagonist is a child, then she’ll notice things about the people she encounters that are significant to children. And if your character is a maverick police detective with unorthodox values and a history of severe mental illness, say, then you’ll describe the people she meets accordingly.

Harry Bingham is a British writer who’s authored a series of compulsively readable novels about just such a character, Detective Constable Fiona Griffiths. She finds herself having to work with two accountants. This is the description Bingham gives us of them:

“A middle-aged man in a dark suit and a film of perspiration, plus his younger accomplice, a woman who looks like her hobbies are arranging things in rows and making right angles.”

Notice what Bingham does here – or rather, start by noticing what he doesn’t do: he doesn’t simply note the ginger hair or the freckles. He dips deeper into the impression these two characters make on his protagonist, and so at a stroke tells us a great deal about her values as well as the people she’s observing.

Books are crammed with characters. We owe it to them, and naturally to our readers, to make those characters as vivid and memorable as we can. 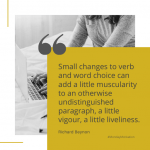