Michéle Rowe, who designed and runs our ‘Screenwriting Crash Course’ course with Richard Beynon, has followed her passion for story telling from television to film to crime writing. She’s one of the most sought-after story developers in the country with a great deal of experience in writing for film and television. We’ve asked Michéle some questions about how to make it as a scriptwriter.

How did you get into writing for film and television in the first place? 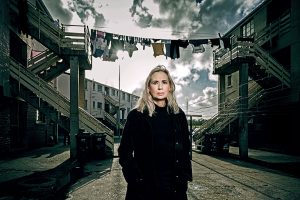 I came from an art background so I began by working in the art department on television series, features and commercials. I have always been fascinated by film, and had spent a good many years in London living in art house cinemas devouring all the films that we never got to see in South Africa. I was especially fascinated by early expressionist films of Fritz Lang and Murnau, and the painterly quality of the Italian films from the 60’s and 70’s, Bertolucci, Visconti.

But then I became interested in the actual structure of the films, the dramatic narrative. I became gripped by the experimental story telling of 70’s German filmmakers like Wenders and Fassbinder, and American new wave directors like Ray and Mike Nichols, Altman and Scorcese. Those films made me realise that a directors could also write films and be in control of their own idiosyncratic visions.

I developed a passion for campy sci fi drive in movies from the 60’s and would go to these all night marathons of Roger Corman films at these filthy fleapits. I was inspired by the whole low budget approach, that you could make a movie without a big studio or much money.

I also devoured films with strong women antagonists, particularly Douglas Sirk’s melodramas, and I’m fascinated by psychosexual suspense, so I’m a great fan of film noir, especially of Hitchcock’s films. I think all those films have had an abiding influence on the way I write and the subject matter that interests me.

Later, I moved into a completely different area, doing socio-political documentary work, research particularly, and began trying to develop non fiction narrative. That also had a profound effect on me, because I realized that every person or situation you encounter can be crafted into a dramatic story. I became very fascinated by South Africans’ histories, and their struggles and triumphs. I was struck by the way in which a new nation was being shaped through story. It also made me aware of how many stories are still waiting to be told.

What would you say the highlights of your career have been?

I have written many scripts, some of which have even managed to win awards, but the commercial industry can be very constraining. I would say that writing my first film, which was a low budget campy supernatural psycho sexual thriller, in which I played the lead, this sort of inhibited librarian who falls under the spell of a demonic book lender was actually, in retrospect a highlight for me. It was at the time when underground post punk film-makers like Jim Jarmusch were making films. We shot it on Super 8. It was a pretty unwatchable effort but because we had no idea of what we were doing and were just playing around with the form, doodling almost, there was a complete freedom in it.

And I also did the art direction so I could control the way film looked, which was terribly important to me. One seldom gets that freedom in the industry where you tend to get bracketed as either a screenwriter or a production designer or a producer.

Another highlight was the time I spent working on drama with Free Film Makers. We developed low budget dramas, with great actors like Arthur Molepo and Patrick Shai and the late Ramalao Makhene, and again, we had this tremendous freedom to make whatever we wanted.

My advice to anyone wanting to write interesting movies, is find a good independent producer and try and make the films yourself.

What keeps you at it?

Well I have to pay the rent! But besides that necessity, I love film and I love story and every new project is a challenge, and I thrive on challenges. Every time you begin a new project, you are starting over again with the same questions: ‘What is my story about? Who is my protagonist? What am I trying to say?’ It’s enormously invigorating. I could not imagine a life without story telling in one form or another.

Is it possible to earn a living writing for film or television in South Africa?

If you want to make a good living you should own the means of production. I think being a writer/producer is the way to go, or being in a partnership with a creative producer who believes in you and wants to make the same sort of films. That way you keep some creative control. On your own, it can be tough.

I have been very fortunate to have worked with very good producers. They shield their writers from a lot of the rubbish, and they push for you, but they are also pragmatic about the money and professional relationships. Writers are easily disheartened and creative people tend to feel under threat by the so called ‘real’ world, where people have real jobs and retirement annuities and medical aids. Our work has an alchemical quality, not entirely measurable in the job market. Most people do not appreciate the sweat and blood that goes into creative work. Artists tend to feel undervalued, and that makes them prickly.

What qualifications are necessary? What skills would be helpful?

I think qualifications are the least important part of it, quite honestly. I think you need passion and you need perseverance, and you need courage and integrity. Everything else can be learned, because film making is a craft. If you are one of those fortunates whose parents can afford to put you through a film and media studies degree, that’s great. But it won’t necessarily make you a good writer or guarantee you success. An academic approach to film can only take you so far.

Successful screenwriters come from all walks of life. I would say what qualifies someone to be a screenwriter would be someone who has a good sense of how pictures tell stories, perseveres at problem solving, and has a burning curiosity about the world and what makes people tick. If you have those qualities then a good course in the basics can get you started, and discipline and determination will do the rest.

So how does one get into writing for film or television?

As a writer it is difficult to break in knowing nothing. It’s easier if you get into the industry and learn the ropes, even if you start off as an unpaid gopher or someone’s apprentice. Then get involved in the scriptwriting side if you can, even if its only making tea for the writers. Involve yourself with editors and sit in on the cutting process as well. Editing teaches you a tremendous amount about structure and story. The film industry is hierarchical and people will not take you seriously unless you have put in the hours.

Also, like most creative industries, it’s about relationships. There is a convivial atmosphere and an open exchange of ideas, so being able to connect with people is key. But having said that, there are people who write their first screenplay and it immediately opens doors for them. What I would recommend is that you always have a piece of solid sample work available to show, preferably a treatment, should the opportunity arise. A full screenplay is very impressive, but most people would rather read a treatment first.

What are the real opportunities for scriptwriters in South Africa?

There is tremendous opportunity in the film industry, and our greatest assets are our many untold narratives It’s a massive untapped resource. We are bursting with stories. But few people have had the opportunities, or been given the skills to tell them. But we have to be realistic. I think it’s an industry battling financial constraints. There is not enough independent funding or state support for film development. That goes for the arts generally. But there is a real drive among committed filmmakers to try and grow the industry. There are individuals who display tremendous fortitude and determination, sometimes for years, who have such love for film that they never give up. As a result of their efforts, we are seeing more and more interesting work being made. 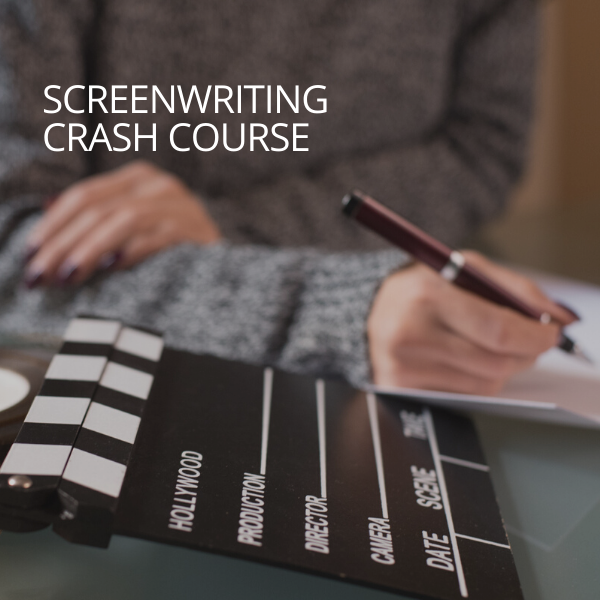 The Screenwriting Crash Course is a ten-module online programme that runs you through the essential skills required to write for film or television.

Join Michéle Rowe and Richard Beynon, two immensely experienced screenwriters and course facilitators, for an exhilarating introduction to the craft. In just five weeks you’ll master the basic array of skills that could start you on a creative – and profitable – screen or tv writing path.

We’ll introduce you to the key tactics and strategies of master screenwriting. These range from how to craft a killer opening scene, to developing characters, writing scenes and dialogue, and structure.

Each module includes ‘just for you’ exercises designed to get your juices flowing, as well as an assignment that we’ll respond to with direct and substantial feedback that we promise will be honest but kind. Click here to sign up. 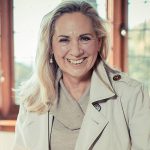 , co-designer and facilitator of The Screenwriting Crash Course, is a South African scriptwriter who has worked primarily as a head writer and story originator for television and film. Projects she has originated, written or directed have been nominated for or won various awards, including an Oscar documentary and International Emmy nomination. What Hidden Lies, her first crime novel, and winner of the 2011 Crime Write
rs’ Association Debut Dagger Award was launched in South Africa in June 2013 (published by Penguin Books).   Hour of Darkness was published by Penguin Random House in 2015 and Before Their Time, the last book in the crime trilogy, will be published soon. 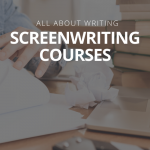 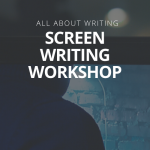 Secrets of the trade: how to write movie scenes that wowInvitations, Screenwriting courses, Workshops