Monday Motivation: All good writers were once bad writers 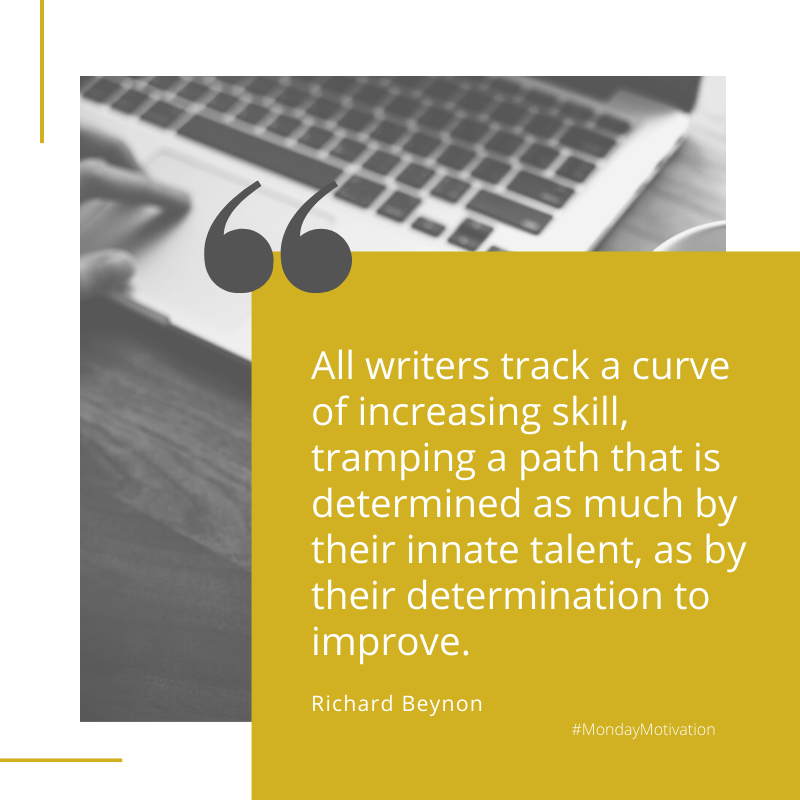 Writers are born, not made. True or false? It’s an interesting question because it puts on the table the issue of whether bad writers can become good writers.

On a recent webinar we suggested that the best way writers can develop their own talents and acquire the skills and strategems of writing is to read. After all, I suggested, Charles Dickens didn’t attend the Iowa Writers Workshop, did he? The only resource he had were novels – and, of course, his own uniquely deprived childhood, which was the gift that just went on giving.

Peter Greene, who on his twitter account calls himself an “education ranter, a retired teacher, a writer, a SAHD and a quasi-musician” also writes on education for Forbes, the business magazine. Forbes recently published a thoughtful essay of his on the subject of teaching creative writing and I will unashamedly steal a number of his arguments.

Greene’s piece begins with the observation that there are no child writing prodigies. “Mozart,” he writes, “was composing and performing at the age of four… Pascal wrote a treatise on vibrating bodies at age nine.” He might have added that the current world chess champion, Magnus Carlsen, became a grandmaster at thirteen – and he’s only the seventh youngest to achieve that signal status.

But observe, writes Green, “there are no child prodigies in writing. No classic novels composed by a six-year-old. No world-altering essays written by some young person in second grade.”

This has some profound implications. It means, Greene points out, that “every writer starts out at the same level of skill and quality – somewhere between very low and none. Every author you have ever admired, enjoyed, or been inspired by started out as a not-very-good writer.”

Which implies, further, that all writers track a curve of increasing skill, tramping a path that is determined as much by their innate talent, as by their determination to improve – or their propensity to give up before they’ve scaled the mountain. Compare W.B. Yeats’ early poetry with his later work. There simply is no comparison.

So, yes, as Greene says, “Some people are better equipped to make the journey than others, but you’d be hard-pressed to find a great writer who says, ‘I stopped working on growing as a writer because I figured I simply had no room for improvement.’”

We’ve had experience working with writers whose first efforts led us, quietly, to tear our hair out. But the most persistent of these “poor” writers showed steady improvement over the months and years. Some now shine as published authors whose writing is distinguished by its vigour, its fluency and its polish.

I’ll leave the last word to Greene: “It is meaningless to look at a young student and declare she is a ‘bad’ writer. She may be a bad writer today, but she may be an awesome writer five years from now.”