Writing Secrets: Don’t be predictable – but don’t come out of left field either 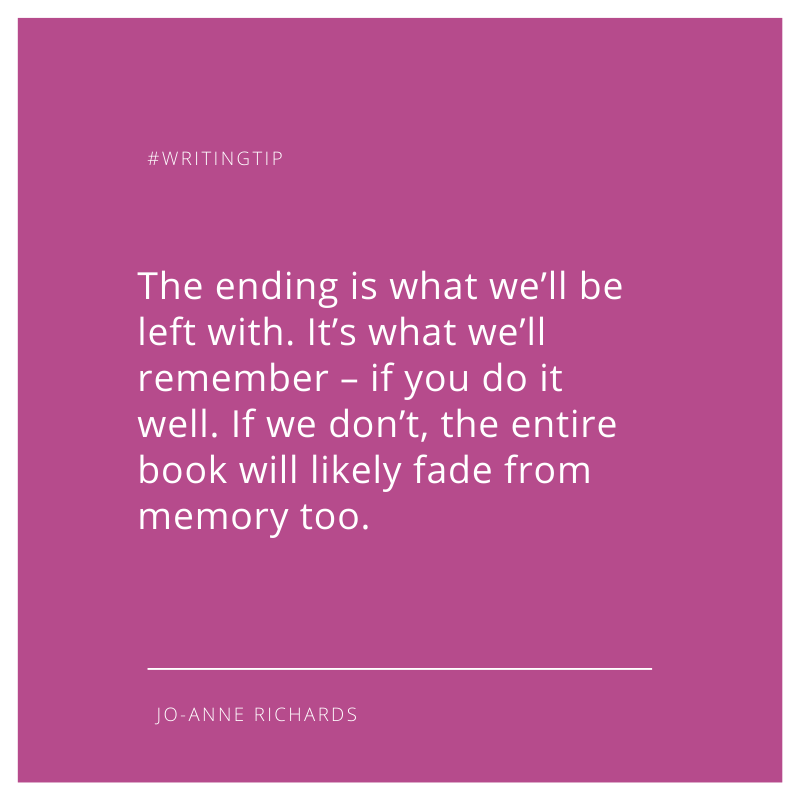 A publisher once told us that, halfway through an unpublished manuscript, she tries to predict how it will end.

If she succeeds, she will likely pass on the manuscript or, if there is a lot to be recommended about it otherwise, she will suggest the ending be rewritten.

Since we’ve been considering the best book and story openers over the past two weeks, I thought it worth considering endings today. Again, there is no easy formula. The final test is whether it works, whether it resonates and remains in the mind of the reader.

Predictability is a common fault. Don’t be obvious. Which doesn’t mean every story – particularly every short story – needs a “didn’t see that coming”, shock reveal in order to be memorable.

The twist in the tale can always work. And some short story writers have built careers on the shock ending. But it’s not the only way to go.

Some contemporary stories and novels leave their protagonists in much the same situations as they started. But if the story leads only to a revelation, let it be something that moves us. Don’t allow it to trail away into some common-sensical reveal, that we all knew all along.

As with beginnings, it’s probably easier to say what doesn’t work in an ending. For example, don’t allow someone else, besides your protagonist, to sweep in and save the day. That’s very unsatisfying.

We read to see your character challenged and tested by situations, other people, or their own shortcomings. If another character swoops in like some caped hero and saves them from themselves (or others), we feel cheated. Even if your character fails to overcome what they set out to, we want to see them make the attempt – and take from it some truth which resonates in our minds.

The same goes for any outside force that saves the day. Your character is locked in a room from which there is no escape … until a giant storm breaks the door down. Very unsatisfying.

Another caution is that the end should be properly set up. It can’t come from nowhere, or again, we feel cheated. We may not have recognised the set up beforehand, but when the ending comes, we should instantly appreciate that the seeds were there all along.

The ending is what we’ll be left with. It’s what we’ll remember – if you do it well. If we don’t, the entire book will likely fade from memory too.

Writing Secrets: Write to seek, not to preachJo-Anne Richard's blog, Tips for Writers