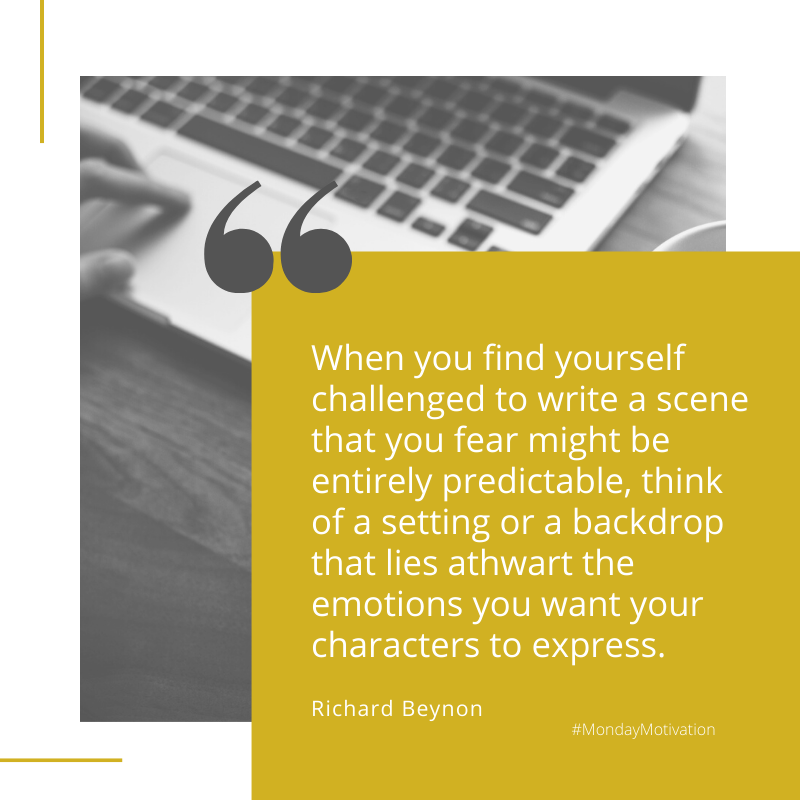 I remember, many years ago, catching the eye of a pretty girl at a party we’d thrown at our student digs. I realised that her interest in me matched my interest in her. Glasses of wine in hand, we strolled out into the garden. We sat down on the sturdy branch of a peach tree. I recall admiring a peach blossom snagged in my companion’s hair. Above us, rising slowly over the western horizon, a fat, full moon, yellow as butter, grinned conspiratorially down on us.

It was the perfect romantic moment. All the elements seemed to have conjoined to make what followed inevitable…

But then, instead of taking the girl in my arms and kissing her, I giggled. She saw the joke at once and joined me and in moments we were laughing out loud. The problem that defeated our romantic impulses was the setting: it was all too perfect. It seemed to have been orchestrated by a production designer fresh from her latest romcom. We were trapped in a cliché, and the only escape lay in laughter.

What provoked this recollection was a series of thoughts I was following about the nature of the unexpected in stories. It struck me that if one of our aims as writers is to surprise our readers, then the very thing we want to avoid is… a declaration of love beneath a harvest moon when your beloved has a blossom caught inadvertently in her curls.

A much more surprising and stimulating declaration-of-love scene would take place in an environment apparently hostile to such sentiments: on a factory floor, on a raft tumbling willy-nilly through a rapids, or, as Robert McKee in his seminal book, Story, suggests, while the wannabe lovers are busy changing a tyre on the side of the highway.

And, instead of the expected lyrical dialogue – “I can see the reflection of the moon in your eyes.” – give the characters dialogue that has nothing to do with love or romance.

He’s talking about screen writing, of course. Writers writing for the page don’t have the advantage of a pair of experienced actors generating hot looks that cue an audience in to the subtext, but the principle is the same.

So, consider this, next time you’re about to write a scene in which the Hero meets his Antagonist, instead of making it a pistols at dawn encounter, have them sit opposite each other at a dinner table during the course of a convivial meal. Make sure that not a single hostile word is exchanged – but do everything you can to help your reader understand that these two men are in fact locked in conflict.

It obviously won’t work for every scene, but when you find yourself challenged to write a scene that you fear might be entirely predictable, think of a setting or a backdrop that lies athwart the emotions you want your characters to express. If it’s bad news one character has to give another, put them in an office party where jollity otherwise prevails. A conga line has formed when your character’s buddy tells him the stock market has tanked. If it’s good news, then set it against a more funereal background.

In other words, look for contrasts.

In The Godfather, Michael Corleone sets in motion the elimination of a range of his enemies. While these bloody murders are being carried out, Michael himself is being declared the godfather at the baptism ceremony of his sister, Connie’s, baby.  The sequence starts with the bishop asking Michael: “Will you renounce Satan…?” The contrast is truly chilling.*

This advice is not, naturally, prescriptive. All I’m suggesting is that, like that younger me perched beneath a peach tree, you don’t succumb to the obvious temptations of cliché, but laugh them off and seek something a little more surprising.

*  Here’s the link to that Godfather sequence. 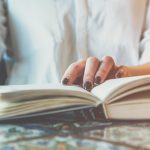 Early bird special: Forget the magic charms, we’ll get you writingHow to write a book, Invitations