Winners of the August/September Writing Challenge

By All About Writing
Posted November 15, 2021
In How to write a book, Writing Challenge
Winners of the August/September Writing Challenge2021-11-152021-11-15https://allaboutwritingcourses.com/wp-content/uploads/2016/12/final_logo_small.pngAll About Writing Courseshttps://allaboutwritingcourses.com/wp-content/uploads/2021/11/2021-challenges.png200px200px
0

Saving a surprise for the most dramatic moment is devilishly difficult. One film-maker who’s managed it is M Shaylaman Night, most notably in his breakout movie, Sixth Sense. The longer you delay, the bigger the surprise. But there’s an equally strong case to be made for foreshadowing the surprise – without letting the cat out of the bag.

So you can play with the device to your heart’s content, as you did in the writing challenge we set you in August.

Here’s our winner: for her cheeky, economical, funny piece, Angela Martinescu wins gold – translated, in this context, as a literary assessment of 5000 words of writing worth R 2750/£150 or a voucher to the same value to use on one of our courses or programmes. Congrats, Angela!

Runners up are: Diana Blaker, for her entry, which she called Last of the Summer Wine. Like Angela’s, her surprise was a homicidal one, executed (both in the act, and in the writing) with finesse and elegance.

Patti Carter for her story of an apparently sober headmistress revealing her true colours. I particularly liked the image of her character using her library card to cut her cocaine.

And Derryn Lynn Fuller for the sting in her tail.

Remember, it’s not the trophy that drives writers, but getting to the finish line. Well done to everyone who entered. Don’t forget to try again in the October/November Writing Challenge.

The nicest, really, it’s why everyone loves her.

But “nice” was an adjective for things that weren’t great and weren’t awful, and Steve’s never been the type to settle, not even for his wife of five years.

Nicky was Nice, but her new friend, Beatrice, was Better.

He felt awful, of course. But not enough to set aside the opportunity to talk up Beatrice while he had the chance.

If Nicky hears about it, it won’t matter.

The knife to the ribs was a surprise too.

The Last of the Summer Wine

Hank sat back and watched her seductively bite into her salad roll; all the while maintaining eye contact with him.

Mellowed by the wine; he was grateful that for the first time ever, he had experienced true sexual liberation. Grateful that the demons from his past had finally been laid to rest. Grateful, he believed, that she still loved him sufficiently to have gone to this amount of effort for his birthday. He regretted being short with her earlier, believing she had forgotten his special day.

He had eaten half his chicken roll, when he felt as if he had an extreme case of indigestion. He clawed at his chest and called out to her. “Hayley, I am having a heart attack; the pain; can’t breathe. Help me.”

Hayley just smiled innocently at him, “That was the last sex you will ever have with me Hank. I am done.” She watched him for a minute or two; after which time he became totally still. The medication had finally worked. She stared at her handy work while slowly getting dressed before ripping the blanket out from beneath him.  She picked up the empty wine bottle, two plastic glasses and the blanket before putting them onto the back of the four-wheeler. The left-over chicken carcass she placed on his chest. The circling vultures from earlier in the day would devour both carcasses.

Everything else would decompose; be eaten by scavengers or blown away by the seasonal winds.

“Done.” The Headmistress leaned back from her desk and rubbed her face with both hands. She shoved Seb Ostrey’s report into a manila envelope, addressed it to the Special Education team at the County Office, and slapped it on the impressive tower of admin on her out-tray.

“Not bad for a Monday afternoon.” She inhaled. “Playtime.”

As was her habit, she checked her appearance as she left the office, although she knew the school was empty at this hour. Yes, her hair was neat, a professional smile lifted her shoulders and chin, and the placement of handbag strap on shoulder heralded the start of her time to herself. The click of her heels and the flick of the light switches along the corridor seemed to tick off the steps in her orderly routine.

The drive to the Casino was on autopilot – an hour of car karaoke from the local radio station as the sunset gave way to dusk.

She parked a few blocks away in her usual place, a stagnant street where two old people’s homes faced each other bleakly. She took her travel mirror from her handbag, flipped it open and balanced it on her knee, making a mental note that she would need an unsnagged pair of tights for tomorrow. With her other hand she reached for the cocaine, made a short tidy line with her library card, and inserted her pre-rolled $20 note into a neat nostril.

“ This one’s for you, Seb Ostrey,” she thought.

After months of pursuit, mangled bodies and late night knocks on doors delivering news of death, Detective Reynolds had finally cornered this monster.

They were in a grimy alley, far beyond the bad side of town, and the perp had nowhere else to go.

The animalistic screams that pierced the early morning quiet, still echoed through her mind. A mother told that her child had been taken from her in such a senseless, cruel way. Detective Reynolds felt unhinged, out of control in a way she had never felt.

For the first time in her career, she questioned whether she had the ability to bring this, this thing in without shooting him square in the head.

The criminal finally dropped his shoulders in defeat, facing the alley wall.

‘This is over and you know it. You can’t escape and you can’t be allowed to live. Now face me, so that I can look you in the eyes before I kill you.’

Detective Reynolds held the gun steadily as the killer turned around. Her breath caught in her throat and the gun dropped an inch.

She stared at him for what seemed like an eternity.

She imagined torturing him. Putting the needle in herself.

Saving the world from this demon who should never have been born.

She imagined all of this, holstered her gun and then whispered: ‘Run.’

The killer stared at her, his eyes devoid of emotion.

He ran past her, out of the alleyway and called back: ‘Thanks, mom.’ 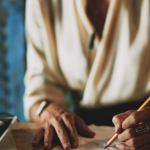 Stop talking and write that book – we’ll mentor you through it.All About Writing, How to write a book, Invitations, Mentoring 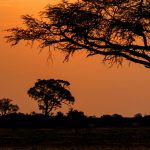 An adventure into the wilds of Africa, to explore your writing selfAdventure, All About Writing, How to write a book, Invitations