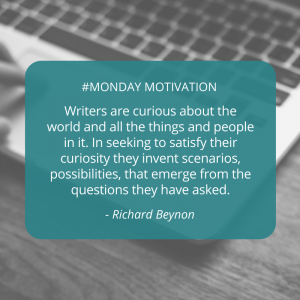 Let’s begin with a detail – and then broaden our focus until we take in every inquiry you’ve ever launched.

The detail is a glimpse of yellow on the river, caught between two half-submerged willow branches that effectively cut off navigation around one side of a small island upstream from our marina.

We spend hours collecting debris from the River Great Ouse: beer cans, gin bottles, take-away carton, sodden plastic bags. But on this occasion – for reasons that’ll become clear in a minute – I was not scooping up rubbish. But that bright gleam of yellow was enticing. What, I wondered, could it be?

I manoeuvred the kayak and thrust my way between obstructing branches until I was near enough to dip my paddle in the water under the object of my curiosity and raise it up for closer inspection. It was, of course, more than probably just a half-submerged can of some vile sweet drink.

But no. I felt my mouth widen in a smile of delight. What was balancing precariously on the curve of my paddle was a small rubber duck, clearly launched by a child and lost to the racing current.

And then, probably because my eye was now keyed to the shape of the little duck, I picked out in the cleft between the branches another duck. This one was blue. And alongside it, bobbing bravely, a third, a green duck.

There you go. If you follow the impulse of curiosity, who knows what you’ll find. This is as true on the river as off it. It is as true in life, as it is in writing. Writers are curious about the world and all the things and people in it. In seeking to satisfy their curiosity they invent scenarios, possibilities, that emerge from the questions they have asked. I have spent an hour wondering about the children who must have launched their ducklings upon the rushing waters of the Ouse. I wonder about what they imagined has come of them.

But folks, there’s more: a chance discovery gives rise to questions. In this case I pondered the three ducks that I’d set up on the kayak before me. A yellow one, a green one and a blue one. Surely, somewhere, there must be a red duck?

So on my way back to the marina I let my eyes play curiously across the water, probing the shadows beneath overhanging banks, scanning the tangles of branches and twigs caught at choke points along the river.

And then, well, you’ve guessed it, of course. A red duck joined his fellows on the kayak.

Curiosity, discovery – sometimes unexpected, often delightful – followed by deduction, investigation, speculation, further discoveries… This is the chain of logic and inspiration that leads to creation.

Let’s never forget that the natural curiosity we were born with is one of those gifts that we should always treasure – and exercise as often as possible.

Oh, by the way, let me satisfy whatever residual curiosity you have about my reason for not scouring the river for rubbish on this particular voyage. During our recent recce in Venice where we found a new fabulous venue for our October retreat this year, a great storm lashed the British isles. Gale force winds battered the marina – and took with them our inflatable kayak.

Of course we mourned its loss – but we so love our time on the river that we didn’t delay in ordering a replacement: a solid plastic two-and-a-half-person vessel, red as that final duckling. And I was making my first, my maiden voyage in the new kayak, when I encountered the ducks, and the subject for this piece. 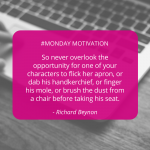 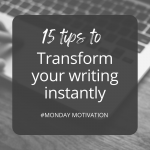