By All About Writing
Posted August 18, 2022
In Newsletters, Writing Challenge
Winners of the June/July Flash Fiction Challenge2022-08-182022-08-18https://allaboutwritingcourses.com/wp-content/uploads/2016/12/final_logo_small.pngAll About Writing Courseshttps://allaboutwritingcourses.com/wp-content/uploads/2022/03/winner.png200px200px
1

For our June/July Flash Fiction Challenge you were asked to write a scene in which a young child plays alone with a favourite toy. We received a bucketful of entries which we have carefully sifted through to bring the best of the best to the surface. There were two tricky elements to the challenge. Firstly, if you chose to write it from the perspective of the child, you have to get the child’s voice right. Not easy. And secondly, of course, you had to avoid exposition like the plague, and allow the details of the child’s life to emerge naturally through his activity.

Winner without a doubt was Dorothy Foster’s intriguing and mysterious portrait of a little girl who senses betrayal, but is too young to put a name to it.  Instead she colours the sun in her drawing… black. She captures the child’s voice perfectly. For you, our regular award: a literary assessment of 5000 words worth R2750/£150 or a voucher to the same value to use on one of our courses or programmes. Well done, Dorothy!

Clive Goodchild-Brown’s chilling depiction of a demonic child ritualistically preparing the annihilation of poor Uncle Max wins her a place on the podium. He chose to tell his story from the perspective of an adult, which I think was a wise decision. Read it, and you’ll see why.

Other runners up include Jennifer Withers, for her moving and whimsical little scene (just 150 words long) of a boy racing his hobby-horse. She’s got the voice perfectly

We loved Sarah Babb’s intriguing story of the little girl and her BaaBaa – even though we weren’t sure what was going on! But the close attachment to her protagonist, and the mysterious references to various members of the family, raised a dozen questions which we’d love answered.

Linda Ravenhill’s depiction of a deeply disturbed child playing in a sandpit – told from an unashamedly authorial perspective – is also a worthy runner-up. Quite as chilling as Clive’s child.

Well done to all of you – and thanks to the many more who submitted entries. It’s always worthwhile taking on these challenges. So have a look at the next one detailed on our website.

Hannah looked down at her drawing on the floor. The big blue man had black hair and squashy fingers. The squiggles, his scratchy beard. The red mommy had pointy shoes, yellow earrings and lipstick. No eyes. Right at the bottom was the very little girl with lots of curls and a pink dress. She didn’t smile.

She looked up towards the door and sniffed the air. Mama’s perfume and Uncle George.

She wrapped the twirley whirley skirt tightly between her legs and wiped her nose on her special ballet jersey.

Don’t do that Hannah, sit nicely.

She felt the satisfying tug as she twisted her finger tightly around her hair. The crayon on her thumb tasting slippery.

Wrapped in her silky-pink blankey, Dolly lay on the floor next to the toy box, staring at the ceiling.

Hannah picked her up, gently pressing her eyes closed.

There, there, she whispered, holding Dolly close. She rocked forwards and backwards on her kneecaps feeling the sore from the hard wooden floor.

As the stripes of sunlight on the wall slowly disappeared she watched the orange and yellow wallpaper butterfly changing, dark and brown.

Softly, she put Dolly back in her cradle covering her face. Then she took her black crayon and making quick hard strokes she coloured in the sun.

I’d asked Adam to come see for himself. Now he sat next to me, fingers intertwined like the Challah dough, I plaited for Shabbat. His eyes damming up.

Eight months had to be a world record for toddlers walking. But this wasn’t about world records. Ava was resolute. She grabbed Uncle Max’s photo from the coffee table and clutched it to her chest. Teetering briefly, she stumbled back to her arrangement in the middle of the carpet.

It’d begun five days ago. Now every day was Groundhog Day. The routine carried out with military precision. Firstly Rachel’s, Princess Lia doll, was placed face down on the carpet. The same doll we’d reluctantly passed onto Ava. A woollen string Ava had found was tightly wound around the dolls neck. She placed the photo alongside the doll, and sat down with a thump.

Then it began. Tiny feet drumming around in tight circles, like a spinning kewpie doll, while emitting a raspy gurgling sound. Then abruptly she stopped and began pummelling Uncle Max’s photo.

It’d been three years since Rachel had been found in her cot. The cord from her gown, wound tightly around her neck. She must have rolled in her sleep the police had concluded.

Ava’s arrival had helped with the gut wrenching pain and guilt.

I handed Detective Brody’s business card to Adam. While he dialled, I crumpled the Post-It note with the reminder that Uncle Max was babysitting later. As he’d done three years ago.

His ears are soft and red – a funny colour for a horse, the same colour as my school bag. He doesn’t have a tail, but it doesn’t matter, because I imagine it anyway, flapping in the wind behind us. We gallop, going so fast the grass can’t tickle my feet, and I shout in his ear – faster faster, Ruby! We run a bit more, but we stop because I can’t breathe. I stroke his old head, hugging him to me, his mane lumpy and sticking up from the wind. I giggle. He looks so silly and so sweet. He snorts and then whinnies, and bucks me off because he’s cross that I laughed at him. I land on my back, still laughing, and he lies next to me, his one long brown leg sticking out, his button eye staring at me. I sigh. I wish I had a real pony to ride.

I remember to bend my knees half this time to fit in. “Oomph!” A rush of air wooshes against my face. Pops of light float up and tease my nose. So tickly! I watch the snail trail along Baabaa’s head. I love Baabaa. She fits, just snuggles under my chin, just so, when I rest my head, just so, down a bit, a bit to the side. That’s it. A box of grass lights up in front of me. Is Mom home yet? I smell burning toast. My tummy crackles. The lemony creamy taste is still on my tooth. That tooth the dentist last touched. Urrgggh. My shoulder shakes. Baabaa watches the corners. She will tell me. Don’t look there. The dark is too big that side. Granny’s music floats in. She always waves her arms around to this one. Baabaa hums the ups and I hum the downs. What if we hop like this and like that all the way back? Baabaa? It’s not funny! It wasn’t my fault! I did do it the butterfly way Mom showed but the pink ones are too long. Suzy’s teeth looked so big when she laughed. I heard Archie snort. But I looked away. I left only a little wet circle on my soft skirt, the see through one. It floats when I turn around and around and around so everything is blurry and the room swings around me. We did that in the garden, remember, that time, the time the flowers were yellow.

“POW! POW-POW-POW!” The staccato incantation accompanies the rhythmic slamming together of the two doll bodies. With each ‘thwak’ of collision, tiny pellets of sand, freed from the flowing locks of the Barbie, spray in all directions.

The child pauses the assault to waggle the girl-doll side-to-side, striking up a conversation in musical falsetto, “Don’t do that, Albie, you’ll be soh-oh-reee.”

The Ken doll waggles in response as the child answers himself in a baby-gruff voice, “I won’t be sorry. You can’t make me sorry. You-can’t-make-me-be-anything-I-don’t-want-to-be” This last statement punctuated by the resumption of the rhythmic clash of plastic.

The battle stops abruptly when Barbie loses her body, leaving the child gripping the pony-tailed head. With a raspberry of disgust, he drops the remains of the doll to the sand. Still clutching the Ken, he surveys the sandpit.

A red and blue tip truck lies abandoned in the corner, its tipper frozen in ‘tip’. He scrambles over to it, uttering in the coy falsetto, “Oh-oo Albie! You’re gonna be in real trouble if you touch that truck.”

Righting the truck, he pushes it back to where the Barbie head lies discarded. Adjusting his grip on the Ken-doll in one hand, he spreads the tiny fingers of the other over the red cabin of the tipper and begins to ram it repeatedly over the Barbie. “Vroom, vroom, vroom”. Backwards and forwards. Until all that remains are the tracks in the sand.

He doesn’t like the look on Teddy’s face – like he isn’t paying attention. He takes two paces forward, thrusts his face into Teddy’s. “And now, furry face, and now? Whaddya have to say for yourself?”

Teddy, as though fed up with his interrogation, slouches to one side.

Sheldon stomps his foot. “Don’t slouch when I’m speaking to you! Never. Ever. Ok, Teddy? Ok?”

Sheldon snatches Teddy, holds him against the wall with one fat fist, draws his sword back, stabs the bear in his remaining eye. “That’ll teach you, Teddy. That’ll teach you.” The eye dangles, defeated, from a thin piece of red cotton, settles on his scruffy, brown chin.

Sheldon’s shoulders slump as his fury dies. He snatches Teddy, hugs him fiercely, plants a slobbery kiss atop his head. He is crying now. Wet tears streak his freckled face. “It doesn’t always have to end in tears, Teddy, just be a good bear – just be a good boy.” 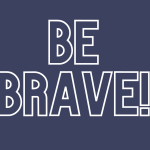 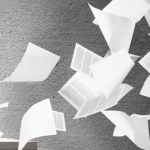 August Newsletter: There’s still time to get unstuckAll About Writing, How to write a book, Newsletters