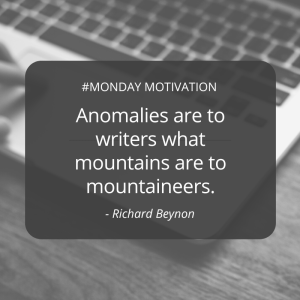 When I was younger – but not in any sense a youth – I devoured what are now called Young Adult novels. I hate the term, because, among other things, some books categorised as YA deserve a much wider audience than that marketing slot suggests they deserve.

Among my favourite authors – alongside such writers as Peter Dickinson, Ursula Le Guin (for her Wizard of Earthsea series, Arthur Ransome, author of the Swallows and Amazons series of adventures, and Diana Wynne Jones – was Alan Garner.  I simply loved his The Weirdstone of Brisingamen (1960), The Moon of Gomrath (1963), and The Owl Service (1967) (among others).

So I was surprised to learn, earlier this year, that not only was he still alive, but also still writing – and, more than that, that he’d been short-listed for the Booker Prize for his extremely short Treacle Walker.

I’m not going to write about this little book, but rather about a remark he made in an interview published in Writing Magazine in the UK. Treacle Walker, he said, had taken him a great deal of time to formulate, and a lot of research. “One of the fundamental rules of research and discovery,” he said, “is ‘Pursue the anomaly’. That is, if a thing is clearly there yet doesn’t make sense, what is it telling you?”

That’s a wonderful insight. And I’d suggest that it applies to much more than finding an unanticipated incongruity. I think it suggests something fundamental to dramatic writing.

Of course, on the most trivial level, an “anomaly” on a crime scene could well signal the presence of a clue: a twist of wool caught on a thorn, a baby’s dummy in a scrap metal yard, a silk scarf in a steel mill…

But, more subtly, anomalies are what fiction is made of. Think of the anomalous decision that Harold Fry makes when he sets out to post a letter… and doesn’t stop walking. Or the anomaly of an ordinary man mistaken for another and thrown into the shadowed world of espionage in North by Northwest.

I could go on. In each case, the writer sets himself the challenge of motivating the anomaly. If he does it well, he has a great story on his hands. If he can’t justify and motivate the anomalous behaviour, then he has to continue to work on it.

Got a mild-mannered man who takes a chunk of wood to a rival? Admittedly, he’s acting totally out of character, so do you ditch the idea, or seek a way of making his solitary act of violence believable? (It’s almost always possible, if you do enough work on the set up.)

Anomalies are to writers what mountains are to mountaineers. 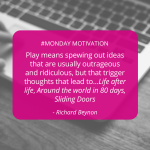 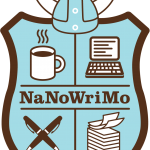