Monday Motivation: Sabotaging the machinery of my wits

By Richard Beynon
Posted February 20, 2017
In Monday Motivation
Monday Motivation: Sabotaging the machinery of my wits2017-02-202017-02-21https://allaboutwritingcourses.com/wp-content/uploads/2016/12/final_logo_small.pngAll About Writing Courseshttps://allaboutwritingcourses.com/wp-content/uploads/2017/02/mmm-202f02.png200px200px
0

I have a much-published and much-lauded novelist friend who manages, among the messy accoutrements of life – getting children to school, a day job, his various marital responsibilities; you know, the unremarkable burdens of ordinary existence – to squeeze in just an hour a day of writing.

He has learned the trick of clearing his mind of all these manifold distractions and focusing entirely on developing the thoughts, and picking out the words, and constructing the sentences he needs to build the novel or the play he’s working on.

It’s a trick that every writer has to develop, in the face of what seems sometimes to be insurmountable opposition.

It entails sinking into the depths of what Mary Oliver*, poet and essayist, calls “the machinery of my wits”. The problem is that the writer is so easily dislodged from that engagement. Here’s Oliver:

“Then the phone rings, or someone raps at the door… Reluctantly I rise, I answer the phone or I open the door. And the thought which I had in hand, or almost in hand, is gone.”

But an even more insidious saboteur of that machinery is what Oliver calls that “other self within the self… that whistles and pounds upon the door panels and tosses itself, splashing, into the pond of meditation. And what does it have to say? That you must phone the dentist, that you are out of mustard, that your uncle Stanley’s birthday is two weeks hence. You react, of course. Then you return to your work, only to find that the imps of idea have fled back into the mist.”

My own “self within the self” has me gazing out at my vegetable garden, wondering whether it’s time to lift the last potatoes; considering whether it’s too late in the season to plant a final crop of beans; fretting about the caterpillars in the cauliflowers; finding my hand sketching a plan for next spring’s rotation…

It has me rooting through online newspapers, reviews and magazines for inspiration for these Monday Morning blogs…

It has me checking in on Bill Maher’s extraordinarily incisive (and side-splittingly funny) denunciations of political stupidity on Youtube.

And so on and so forth.

So what to do? There is no easy or final answer, of course. But clearly a simple commitment to even an hour a day is enough, over time, to create a not-to-be-sneezed-at body of work. And freeing yourself of internal and external interruptions is surely more easily achieved for an hour, than it might be for a morning.

It’s important that we triumph in this because, as Mary Oliver says, “(c)reative work… needs the whole sky to fly in, and no eye watching until it comes to that certainty which it aspires to, but does not necessarily have at once.”

* These reflections were largely inspired by (stolen from, really) an issue of BrainPickings – a marvelous website full of stimulating essays, that I’ve quoted before.

P.S. For those of you who noted my praise of long sentences a couple of weeks ago, know that I’ve now read Nathan Hill’s eleven-page sentence in his The Nix. It left me breathless and full of admiration, not simply for the technical virtuosity with which it was executed, but for the fact that it is entirely motivated by both character and the necessities of the story. Do read the book, you will surely find the experience exhilarating. 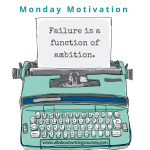 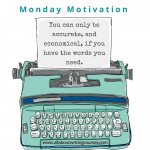