Sign up for your ticket to a scriptwriting adventure

By Richard Beynon
Posted February 8, 2018
In Screenwriting courses, Tips for Writers
Sign up for your ticket to a scriptwriting adventure2018-02-082018-03-01https://allaboutwritingcourses.com/wp-content/uploads/2016/12/final_logo_small.pngAll About Writing Courseshttps://allaboutwritingcourses.com/wp-content/uploads/2018/02/screenplay_sq.jpg200px200px
0

Success! Now check your email to confirm your subscription.

Film and television are so much part of our world that we can’t imagine life without them. They entertain us, inform us, educate us. They inspire us, terrify us, enrich our lives. They introduce us to a world so much bigger than ourselves that sometimes what appears on our screens is simply… awesome!

And what serves as the central nervous system of every television or big-screen drama is the script.

You might have long nursed a burning ambition to trail a blaze of glory across the television firmament as a scriptwriter on a wildly popular series – or you might want simply to increase your enjoyment of the medium by learning the nuts and bolts of writing for the screen.

Writing for television and film is a craft that can be broken down into a series of skills that we can all appreciate, understand and replicate. We can’t all write The Darkest Hour – but we can all read and understand the techniques that went into its writing.

We invite you to come along for a fabulous ride into the magical world of script and screen writing. All you have to do to take the first step is sign up today – and we’ll send you a guide to writing for the big screen – and a link to an exciting new writing course that we’ll be launching in mid-March. (More about that later.)

All you need do to take the first step towards mastering the craft of scriptwriting is to sign up for our mailing list – and we’ll send you the free Bare Bones Guide to Writing a Screenplay.

Success! Now check your email to confirm your subscription.

master the craft of script writing, screenwriting course, writing a screenplay, writing for film and television 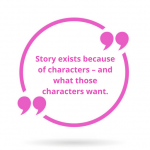 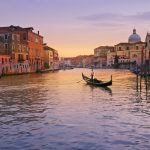 The best life is a creative lifeNewsletters, Tips for Writers, Writing Competitions