Monday Motivation: Politicians should learn a thing or two from writers

The skills and insights of creative writing have more applications in the “real” world than we sometimes realise. Politics, for instance, consists largely of opposing narratives. Different politicians have different stories to tell. The story that resonates most with the voters, wins the day. (What should send a chill up our backs, however, is the realization that an indifferent story well told can alter the course of history.)

Recently, the political arena across the world has resounded with cries of “Fake news!” which is no more than a claim that the media (or the opposition) are telling stories based on falsehood.

But if you drill down a little into these claims and counterclaims, you realise that at their root lies an idea that constitutes the heart of compelling creative writing.

Why don’t the populist politicians of the far right learn the most basic tactics of even beginner writers? What they haven’t absorbed is the distinction between showing and telling, that most fundamental of all writing precepts, popularized after WWII as writing schools blossomed across the US.

Telling, let’s remind ourselves, is assertion. Telling is presenting conclusions without the arguments that lead to those conclusions. Telling relies on the authority of the writer (or the president) to persuade. Telling most frequently is presented as the broad and sweeping statement, the generalization: All rich men are scrooges. Women are inherently less able than men. And so on and so tediously forth.

Conspiracy theories rely on falsified or purely imaginary details to construct an argument. The Protocols of the Elders of Zion was a fabricated document full of falsified details suggesting that Jews were hatching plans for world domination. The Illuminati, a small group of Bavarian idealists which promoted enlightened ideas for a short period in the 18th century, has given rise to wave upon wave of conspiracy theories buttressed by spurious details, and an unquenchable human tendency to seek villains where there are shadows, and shadows where there is sunlight.

Britain finds evidence that the Russian Government was involved in the attempted murder, by a chemical agent, of a former Russian intelligence operative and his daughter. The Russians respond by asserting that it was the British Government which manufactured and administered the nerve agent to Sergei Skripal and his daughter.

Donald Trump stuffs his cabinet with billionaires* who demonstrate their incompetence in all sorts of ways, but then asserts that they have “by far the highest IQ of any Cabinet ever.”

But even the most inexperienced writer of fiction knows that assertion is not proof, that extravagent claims don’t constitute evidence, that telling is not showing.

Don’t tell us that the president isn’t carrying out his duties – show us that he’s played golf 106 times since assuming office.

Don’t tell us that Putin is a bloodthirsty autocrat – show us that there is credible evidence that anywhere between seven and fourteen individuals in the UK have been murdered over the past decade by agents of the Russian Government.

Of course, it is ardently to be hoped that dodgy politicians of all stripes don’t learn the lesson that writing schools routinely teach their students.

But we should all learn to be wary of statements long on assertion and short on evidence.

In our writing, as in the world.

* If this shows one thing, it is that great wealth can be accumulated by people without great intellectual abilities. 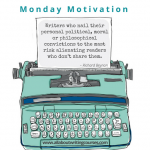 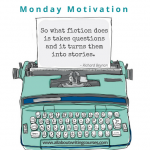