Is your story running on empty? How All About Writing can provide support.

We all began the year with a story with a happy ending: that by December we’d have written that long-deferred novel or script… or that short story that’s teased us these last months… or started a blog that would stun its readers with its wit and originality…

But now that story feels a little flat, the climax as far away as it was in January, and we’ve started saying, “Well, maybe next year…”

But, people, I have news for you. It’s never too late to begin.

But we know it’s really hard writing on your own. That first paragraph, that first line, can be more daunting than the Comrades or the London-to-Brighton. Writers, like runners, are buoyed along by the company. Remember that you have all the resources of All About Writing at your command – and through us, access to our lively and steadily growing community.

Those resources are on full display over the coming months.

So how can we help you?

How about downloading our free story cheatsheet. Do you want to build a tale that holds together, pulls your reader in, delivers a satisfactory climax, and burnishes your reputation as a story-teller? Whether you’re writing a novel, a piece of creative non-fiction or a screenplay, here are ten pointers to help light your way. We’re sure you’ll find it useful no matter what stage of the writing journey you’re on.

Take our weekend in Stow-on-the-Wold between 21 and 23 September, for instance, when we’ll be focusing entirely on the generation and the framing of story. (There are just two places left on the course which takes place in this iconic Cotswold market town.)

Or our two intensive online Coaching Programmes, one on Story, the other on Scenes, which launch on 5 November – but which you could join at any time. Sign up early for either of these two-week programmes, with intensive daily feedback from Jo-Anne and me, and you’ll enjoy a 20% discount.

And finally, a curiosity. Between 18 and 30 of November, Trish and I will be manning a bookshop in Scotland’s booktown (it boasts 11 bookstores amid a population of just 1 000) of Wigtown. We’ll be bringing stocks of South African books to whet the appetites of readers, and I’ll be running a series of seminars, all on the house, for anyone interested in honing their writing skills. So if you happen to be in the area…

P.S. A word to the wise. Our face-to-face Creative Writing courses, scheduled for February and March next year have already started to attract writers. So if you’re thinking ahead and want to secure a place then I have a wee piece of advice… 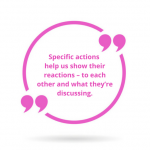 Writing Secrets: Why you should be using more details in your writingAll About Writing 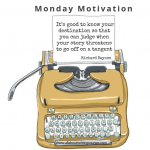