Monday Motivation: Give yourself a flamboyant writerly festive season gift

Characters, like quarks*, come in many different flavours. There are large, silent characters, whose presence is felt but not greatly demonstrated. There are small, voluble characters that, like chihuahuas, very definitely and sometimes very irritatingly, make their presence known.

For the most part, though, characters are like people: however likeable or unlikeable, they do not necessarily stand out in a crowd.

But then there are the larger-than-life characters. My father was one such. Of course, he wasn’t a character but a human being – and it’s that fact that sometimes made life difficult for us and particularly my mother.

She would tell the story of her introduction, soon after their marriage, to the farming community in Ermelo, where my father farmed mealies. Everyone and his partner was invited to welcome Henry’s new wife to the neighbourhood. Amongst the guests were many farmers my father had himself never met.

One such was Kobus Smit. My father introduced himself to Mr Smit, extended his hand to shake Kobus’s and realized that the unfortunate man’s right hand was missing all its fingers. My father, never loath to risk making a bad joke, made a terrible one: “I see,” he said, “you’ve been biting your nails.”

My mother, standing alongside him, was, of course, mortified.

My father was a large man, nearly two metres tall, flamboyant and extravagant.

Lavinia is a character in Tara Isabella Burton’s Social Creature**. Physically she is small and petite. But her personality is large and overwhelming (a little like dad’s). I’ll let her speak for herself. See what you think:

The first party Lavinia takes Louise to, she makes Louise wear one of her dresses.

‘I found it on the street,’ Lavinia says. ‘It’s from the twenties.’

(She) fiddles with Louise’s collar. Lavinia ties the sash around Louise’s waist.

‘Anyway, the second I saw it—Christ! I wanted to—oh, I just wanted to genuflect, you know? Kiss the ground—do Catholics kiss the ground, or is that just sailors? Anyway, I wanted to put my mouth right there on the sidewalk on somebody’s chewed gum and say, like, thank you, God, for making the world make sense today.’

‘Like—it’s so fucking perfect, right? Like—somebody’s grandmother or whoever. Dies in some random brownstone in the East Village nobody’s even visited in twenty years and they dump all her shit out into the street and then at sunset—here I am walking across East Ninth Street and I find it. This old woman and I who have never met have these two beautiful, poetic, nights ninety years apart, wearing the exact same dress—oh, Louise, can’t you just smell it?’”

Extravagant, flamboyant, excessive, eccentric, spewing out energy like a supernova, Lavinia dominates the narrative. She is simply unforgettable.

Such characters aren’t rare, of course, in literature.

So give yourself a festive gift and create in your mind, on the page or on the screen a singular whirlwind character who can propel your story into life.

* Quarks – the smallest sub-atomic particle – comes in six “flavours”: up, down, strange, charm, bottom, and top.

** Tara Isabella Burton is a larger-than-life character in her own right. The recent recipient of a PhD in Theology from Oxford University, she was warned by a recent reviewer in the New York Times that she should take care, with her next book, not to “overshadow” her own creations with her own “eccentric image”. 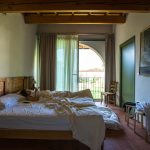 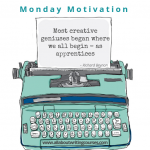