Monday Motivation: What great writing does to readers

Writers are God, we rather fatuously proclaim. We can do anything – bring characters to life, destroy them at will, have Fate take a hand in the affairs of men. All this is no doubt true – but are we free to pass judgement on bad men and the bad things they do?

Which brings me back to a book that continues to haunt me, Valeria Luiselli’s Lost Children Archive.

A couple of weeks ago I spoke about the fact that she broke many of the rules surrounding mixed points of view. Today I’d like to talk about something much more important: that issue of judgement.

Lost Children Archive tells the story of a couple whose marriage is faltering. They take their children – his son and her daughter – on a road trip. Their destination is the southwestern United States, where the man – he’s never named – has decided to do research into the history of Geronimo, a legendary Apache chief.

They prepare for the journey by packing books and keepsakes into seven boxes. He has four; she has one; and the children each have one. This is the archive to which the title refers.

Over the course of the novel, we learn what is in each box.

So, for instance, in the first of the father’s boxes, there are four notebooks: “On Collecting”, “On Archiving”, “On Inventorying” and “On Cataloging.”

Then there are ten books, including Susan Sontag’s Reborn: Journals and Notebooks, 1947-1963, The Collected Works of Billy the Kid, by Michael Ondaatje, and Emily Dickinson’s The Collected Poems.

On top of this, there is a folder with a number of newspaper clippings and scraps…

In the fifth box – the box belonging to the narrator and mother – there are mortality reports of children whose remains were found in the desert. There are maps detailing precisely where their bodies were found.

Over the course of the novel, the maps are reproduced, as are the photographs. We come across posters advertising orphans seeking homes in the early years of the twentieth century. And more.

Now, why have I bothered to list, fairly tediously, the contents of these boxes? Because this is about as close as it’s possible to get to pure showing.

Luiselli has chosen as her theme a subject of extraordinary pathos and tragedy: the children she depicts in the various strands of her narrative are victims of deliberate policy as much as they are of poverty.

She chooses not to judge or condemn the policymakers, but simply to document the stories of the children – and to do so without comment. She simply shows us the evidence. Here the books of theory about migrations driven by poverty (and policy); here the photographs of people on the run; here the maps pinpointing where they died; here their autopsy reports…

And all of these documents, this evidence, is interwoven through a powerful and compelling narrative…

A few years ago I read Vasily Grossman’s fictional account of another real tragedy in his book Life and Fate. Its focus is the siege of Stalingrad, in which hundreds of thousands of innocents lost their lives. But he also tracks the lives of other characters who ended up in the gas chambers of Nazi Germany.

Now, it’s easy to judge the Holocaust: it’s one of the greatest crimes against humanity, we say. But saying that – or having a character make that declaration – is, for the dramatic writer, a cop-out. So while Grossman never flinches from judging the monsters involved in the genocide, it’s his story of specific and individual characters walking to their doom in the gas chambers that causes our hearts to lurch and tears to spring unbidden to our eyes.

It’s an old trope of writing theorists: describe the smoke and allow the reader to conclude the fire. Describe the experience of the gas chamber – or of children dying of dehydration in the desert – and let the reader infer the callous policymakers responsible.

But what Luiselli reminded me is that powerful stories do much more than point the finger at the guilty – it excites in us emotions of what the New York Times reviewer of her novel identified, correctly, as “rage and pity”.

What comes before judgement is experience. And great writers, like Luiselli and Grossman, enable us to sink into the lived and traumatic experience of dazed people walking to their ends in gas chambers and desiccated landscapes.

And what does this visceral experience do to us? Galutra Bahadur, the NYT reviewer, said it best in the final sentence of her piece: “It humanizes us.” 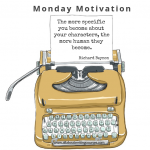 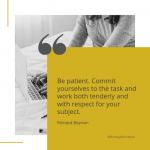