Unveiling the winners of our April/May Writing Challenge

Hey ho, to the winner’s podium we go for the April/May Writing Challenge. (Here are the details on our June/July Flash Fiction Challenge). What we asked you to do, if you remember, is “write a scene in which a well-meaning neighbour manages to stomp all over your protagonist’s young cauliflowers, which she’s been cultivating for some time. She’s upset.” We urged you not to be too obvious – and to avoid all shouting…

The winner – you might recognise the name, she’s a stalwart who regularly uses the writing challenges to hone her craft – is Mitzi Bunce. We loved her piece – and particularly her likening a head of cabbage to a severed human head – and the restraint of the writing.

Runners-up in no particular order:

Claire Manicom for both the fluency of the writing and, again, the restraint of her writing.

Liz Lewis for the comic subtext of her piece.

Mark Varder for finding in the head of a cauliflower some surprising psychological complexity.

Sheila Hughes for her sheer vitality and exuberance.

Bonnie Espie for the excellence of her details, especially in her opening. And

Carla Brown for the contrast of comedy and tragedy…

Well done all of you – but it’s to Mitzi that the laurels – and the prize go: a literary assessment on 5000 words of writing worth R2750 or a voucher to the same value to use on one (or more) of our courses or programmes. And for those who didn’t win, but aspire to, here’s a link to all the courses that might help you win those plaudits!

Read all the winning entries below.

Lucy observes me with nervous eyes; her child straining to escape beside her.

“Oh goodness, I’m so sorry. This little hellion – one minute she’s in the garden with me, and the next …well …”

“I remember when Penny was her age. I had to have eyes in the back of my head.”

Mud and tiny pieces of cauliflower, litter Mia’s blonde curls. She holds my last remaining cauliflower head up, and proceeds to rip it apart.

Lucy emits a low moan, plucks the plant from her 4-year-old’s grubby paws, and hands it to me. Not sure where to put it, I cradle it under my arm like a severed head.

“They have such imagination when they’re this age, don’t you think?”

I glance from distraught mother, to carefree child.

Lucy hoists Mia up, before she can inflict further damage on my vulnerable vegetables. The white tree falls into the mud with a taunting plop; a cauli-cluster in a brown sky.

“I’m going to Woolies later. I can pick you up some cauliflower, if you’d like.”

I muster a half-smile.

“Yes, that would be nice. Store-bought veg requires much less nurturing.”

My photographic assignment was coming along.  Home grown veg, shot in the early morning with delicious dew drops accentuating the white of the perfect cauliflowers. This was the final photo in the series of City Food Gardens – my collection that would feature in the Self Sufficiency magazine.

There was a gentle plop as a golf ball from Tommy’s garden landed squarely between a cabbage and a tomato plant.  It rested peacefully.

A less gentle thud followed, then. “Bloody hell.” I knew that Tommy too had landed in my veggie patch.  He sat on the ground and rubbed his ankle, leaning on the canes placed at regular intervals to support my beans.

“Nah, blasted ankle, I think it’s given in again.”  He got into a crawling position, looked for something to help him stand.  “Don’t worry about me, lass, I’ll just pick up my – ouch … oh dear.”

“You’ve done a good job of it this time, haven’t you?”  I watched him wince as he tried to straighten.

“I didn’t know you were in the garden, otherwise I’d have called out for you to toss the ball back.” He stood motionless between the cauliflowers, not sure whether to put weight on the offending joint.

I reached down for the errant ball and casually tossed it towards him as I turned towards the house.  “I’ll just get you a chair to sit on for a bit.”  The plop of the ball on Tommy’s bald head was satisfying.

“Thank you, Mrs McKenzie. I’m so stoked to be in a garden again. I totally feel my chi here.”

“Your what? … Oh, never mind.” Such a remarkably helpful young man. Very few of them these days.

Martha peeled off the muddy gloves. Ah, the joyous smells of things growing. The sun, bees buzzing – hopefully bees – she must have dozed off, because, when she looked up, they were gone.

“Joshua!” Good Lord, if only her legs weren’t so stiff. “Joshua-a!”

“What on earth happened there?”

“There, there… the cauliflower bed. They were coming along so beautifully.”

“Those were cauliflowers? I… I didn’t know.” He looked like Puppy, caught piddling in Peter’s study.

“Surely…?” Well, what could she expect from a flat-dweller? Even if he did “totally” love nature. Nincompoop.

“So-so sorry, Mrs McKenzie. I didn’t know they looked like that, young.”

“What business did you have over there, anyway? And, what, in heaven’s name, are those plants?”

He scrutinised his murderous boots. “It’s apparently, they say, hemp, Mrs McKenzie. They say it helps a lot with studying.”

And so, he had marched all over those lovely seedlings, only to plant this rubbish? Youngsters. No common sense, whatsoever. She knew it all along. Those flats – full of students. They simply didn’t belong in a good neighbourhood.

Her neighbour is like a fly inside the hothouse, alighting here, then there. Prickling. Persistent. That is how she imagines him.

“I’m not sure cauliflowers are the best idea.” He examines the leaves of Emma’s young crop with a crusty gardening glove. “They are sensitive to the direction of the sunlight, you know.” He looks over his shoulder to the light coming between the buildings. “Mind you, I’ve never grown vegetables indoors.” He surveys the dozen cauliflowers. “Poor darlings. What you really need is a breeze.” He reads the label on the bag of compost. “Organic,” he observes. “Oh my, don’t believe all that guff about pesticide residue. You’ll never taste it. Your little patch needs all the help it can get.” He eases the head of a cauliflower from the soil. “Put out your hand.” He brushes the roots over Emma’s palm. “Do you see any bugs?” Emma shakes her head. “I tell you what I would be worried about…” Her neighbour breaks a floret from the cauliflower and, unkindly, mercilessly, nibbles it.

Emma wants to scream in frustration. At herself. Why this terrible self-doubt? It’s as if every delicate head of cauliflower is a thought in her own head that she fears will be alighted on, prickled at, trampled on. That’s what her father did to her all the time. It’s not her neighbour’s fault. All he did was look over the wall yesterday afternoon, but without smiling.

A fine April morning on the allotment. Stella Newman, an Action Aid worker, had brought her beloved Oswald with her, an exuberant young Dalmatian.  He was lightly tethered to a supporting cane for her sweet peas. She pottered happily, busily watering her luminous bok choy. Next to her, Millie Stoneham, a kindly local elder, was busy weeding her large patch of sensible Cruciferae: cauliflower, broccoli and cabbage. Lucy, her splendid Golden Labrador, lay near her, head resting on paws in loyal duty.

‘Oswald, come here, no, no, come back at once,’ shouted Stella in a panic. Lucy perked up, and liking the look of this spotty suitor, jumped up and bounded towards him.

‘Lucy, Lucy, hey, no, no, come back here,’ echoed Millie, stumbling awkwardly out of the rows of neat young plants in pursuit of her errant hound.

Now, amidst Millie’s Cruciferae, earth flew; round and round they gambolled, jumping, rolling, chasing.  The veggie bed was in ruins before collars were grabbed and the prospective lovers torn apart.

‘Millie, I’m so sorry, I can’t think what to say, what can I do to make amends?’ pleaded Stella wretchedly.

Millie surveyed the wreckage. ‘First of all, we’ll have a nice cup of tea, then we’ll rescue my poor veggies. I ‘d always wanted to get to know you a bit more anyway!’ she said, with a twinkle in her eye.

The grub’s green body is squashy between my thumb and finger. It looks like a bloated luminescent glow stick. It’s playing dead, but I am not taking any chances. I squeeze, then close my eyes as it pops. Forgive me. Nuclear yellow stuff dribbles and mingles with the soil under my nails.

I take closer look at my Green Goliath seedlings. All of my babies have rooted down well and are flourishing in their snug bed of organic loam and lime. ‘Mama can see you’re happy here in the sun.’ They’ve grown a centimetre since yesterday. It had been the right move to sprout them in the kitchen first, albeit inconvenient eating off a tray on my lap for the last two months.

‘I signed for a parcel for you. From Amazon, I think? Bloody heavy, whatever is in here?’

‘Thank you, I’ll manage. Just leave it there.’ I don’t invite him in.

‘No, no bother.’ His voice is muffled behind the cumbersome box.

‘Watch where you’re going Tim. Mind my cauliflowers, go to the left . . .’

He stumbles, lurching forward, sinks into the soft soil, then rights himself.

‘Didn’t drop it!’ He puts the box down on the last of the undamaged seedlings and gives me a wide smile with his ill-fitting dentures.

I surveyed the cauliflower patch. The outskirts remained intact, just like they were when I checked on them the day before. The rest was a trampled mess, perhaps the handiwork of a drunk or a large dog. How many times had I spoken to Mrs Schäfer about that dog? Clods of earth bunched among overturned roots, and one particular area had been completely flattened. I picked at bits of cauliflower which were stuck to the small fence. A fence I had carefully assembled only weeks before to shield the patch from pedestrians. I picked up, then hurled pieces of cauliflower over my shoulder.

Elaine appeared from her front door across the road, pacing on the pavement and talking on the phone. I plucked even more deliberately, occasionally glancing up. Her eyes remained fixed on the pavement. I could hear snippets of her conversation. 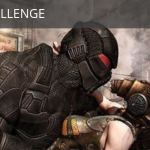 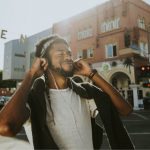