All About Writing split itself in two this past week to offer writing advice on different continents – and in two towns which couldn’t be more different.

Jo-Anne and our travel and biography trainer Fred de Vries spent the weekend in the wintry Karoo for the Schreiner Karoo Writers Festival, while Richard and Trish presented a workshop in the lush Cotswolds market town of Stow-on-the-Wold.

Breathing vapour into the dry Cradock air, Jo-Anne and Fred gave a joint talk on drawing “real life” into fiction and non-fiction, while Jo-Anne presented a successful afternoon workshop on showing rather than telling.

The real bonus of attending this year’s Karoo Festival was the surprise appearance of Nobel Prize winning novelist JM Coetzee. At a morning gathering, he read a short story, Nietverloren, which he wrote some twenty years ago about the Karoo.

Coetzee was warmly introduced by poet and novelist Jonty Driver, who was in turn introduced by Coetzee. Driver read a series of poems from an anthology entitled Before. The evening before, Dorothy Driver, acclaimed writer and academic, spoke about her book, Olive Schreiner’s Poetics of Plants, in which she discusses Schreiner’s use of local plants in her writings.

Amid the blooming summer gardens of Stow, in the Cotswolds – when the rain let up, that is, Richard presented a weekend workshop on on dialogue, character and story with a contingent of eight UK writers all of whom confirmed that the programme had been both challenging and rewarding – not to mention fun.

In case you weren’t able to attend either, we’re sorry you missed the great writers, but here’s a distillation of what we offered in both our workshops.

Jo-Anne’s workshop – When to show and when to tell

Thanks to the AMAZWI South African Museum of Literature for keeping this vibrant little festival – and Olive Schreiner’s legacy – alive.

We have just launched a new group on a voyage of creative discovery in our flagship online Creative Writing Course, which we know will set them on course for writing confidently and with greater skill.

We are still accepting participants, so join us, whether you’re a complete newbie or a more experienced writer who needs to unblock and remind yourself of the skills for writing fiction or creative non-fiction. You won’t look back.

You can book your place here, or email us if you have questions or would like to chat about what you need.

Do you hanker to write for film or television? Two respected screen writing professionals, Richard Beynon and Michele Rowe, will guide you through the technical and creative challenges in our Screenwriting Crash Course. Also run online, the course is open for participants now.

Our four-module introductory creative writing course, the Power of Writing, encourages students to express themselves confidently by mastering the essential skills of creative writing. It’s run online and you can start any time.

Our face-to-face courses fill up fast, so please book now if you’d like a place on our Creative Writing Course in Cape Town or Johannesburg, in October and November,  or write to us for information. There’s a significant discount for early-bird bookings.

Hey ho, to the winner’s podium we go for the April/May Writing Challenge. What we asked you to do, if you remember, is “write a scene in which a well-meaning neighbour manages to stomp all over your protagonist’s young cauliflowers, which she’s been cultivating for some time. She’s upset.” We urged you not to be too obvious – and to avoid all shouting…

The winner – you might recognise the name, she’s a stalwart who regularly uses the writing challenges to hone her craft – is Mitzi Bunce. We loved her piece – and particularly her likening a head of cabbage to a severed human head – and the restraint of the writing.

Well done all of you – but it’s to Mitzi that the laurels – and the prize go: a literary assessment on 5000 words of writing worth R2750 or a voucher to the same value to use on one (or more) of our courses or programmes. And for those who didn’t win, but aspire to, here’s a link to all the courses that might help you win those plaudits! Click here to read all the winning entries.

All About Writing’s latest writing challenge offers the winner a literary assessment on 5000 words of writing worth R 2750 or a voucher to the same value to use on one of our courses or programmes.

This time around, we’re seeking post-apocalyptic romantic flash fiction (no more than 250 words). Think teenagers making out in ruins, couples separated by shattered continents, robot-and-human couples… get creative and have fun!

Write no more than 250 words. Paste your entry into the body of an email and send to pam@allaboutwritingcourses.com by midnight on 31 July.

Jo-Anne, Richard and the All About Writing team 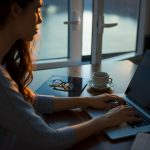 May Newsletter: You answered our questions – and we’ve come up with a new free serviceNewsletters