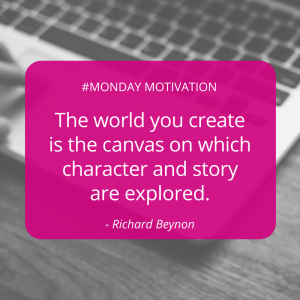 World-building is a literary activity most closely associated with science fiction or fantasy. If you’re going to imagine a universe in which technologically advanced societies have extracted the iron cores from the rocky planets orbiting a sun, and hammered this out into a ring that circles that star, (as Larry Niven and Iain M Banks did*), then you have to do considerable work imagining how this innovation would affect the societies inhabiting these exotic regions.

Or, if you imagine a society, as Ursula K Le Guin did**, in which people switch from time to time from male to female and back again, then your challenge is to calculate the myriad ways in which this sexual ambiguity might impact on, among others things, diplomatic relations with regular human emissaries.

But I contend, as I think I may have argued before, that world building is not confined to science fiction and fantasy. Every writer, no matter the genre they work with, has to create the semblance of a world in which their drama plays out. After all, if Dickens hadn’t gone to extraordinary trouble to make his dark, fog-bound London believable, Bleak House wouldn’t have been the triumph it is.

But – and here’s the thing, folks – the world you create, no matter how fascinating, is not the story you thread through it.

I don’t often use negative examples didactically – but the truth is, they can be hugely instructive.

I’ve been reading a science fiction novel with the intriguing title The Long Way to a Small Angry Planet, by Becky Chambers. It is the first in a sequence which won the prestigious Hugo Award for best series in 2019.

And it spends an inordinate amount of time explaining the nuts and bolts of her complex universe in which a number of species of sentient beings man (technically not the right word) a FTL*** ship on a long trip to the hub of the galaxy.

One of the species represented on board is a bird-like being whose society is built around a great deal of physical contact: family reunions are marked by the hugging, kissing – and indiscriminate fornication. Now, this is all very well and good, but an extended description of the social mores of the Aandrisk doesn’t advance the story.

Similar anthropological, physiological and psychological analyses of the other species on board The Wayfarer, punctuate the book. Clearly, this is a novel to be savoured not for its character-driven story, but for the opportunity it affords you to admire the endless inventiveness of the author.

I believe – and clearly my belief is not shared by the judges of the Hugo Award – that the world you create is the canvas on which character and story are explored, it is not the subject. If you draw too much attention to your creation, then paradoxically you risk your reader losing faith in it.

I suppose that, most basically, what I’m talking about is the old distinction between telling and showing. I’d far rather immerse myself in the challenges and dilemmas of the protagonist, of her struggle to reconcile what she wants to do with what she must do, of the tension between the is and the ought, than be given a detailed picture of the sexual mores of her tribe.

But maybe that’s just me.

* Ringworld, The Ringworld Engineers, etc, by Larry Niven; Consider Phlebus, and other books in his Culture series.

** The Left Hand of Darkness, by Ursula K. le Guin

*** Faster than Light – get with the programme, guys.