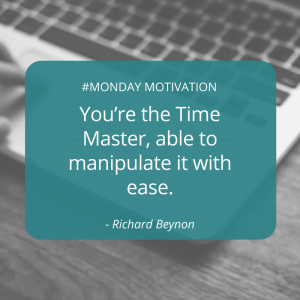 You’re the Time Master, able to manipulate it with ease. You can put your foot on the accelerator and speed it up, whizzing past temporal landmarks in a blur; or you can apply the brakes and slow to the crawl, during which nanoseconds pass by with all the deliberation of snails on a stroll.

You put this mastery to use for dramatic reasons, of course. You skip lightly down the long straight because there’s nothing really there to detain you or snag your interest. But on the corners, on that serpentine chicane where so many drivers before you have come adrift, you slow down. The roaring spectators savour your skill on the turn, they watch enthralled as you overtake a rival on the inside, almost touch wheels with him… On the television replay, they slow down the action even more, using their ultra-highspeed cameras to turn seconds into minutes.

Every writer does this, but seldom have I come across an example so clear as the one on Page 115 of Andre Agassi’s 2009 autobiography, Open*.

He’s describing his 1994 revenge match against Boris Becker in the semi-final of the US Open. He’s seeking revenge after Becker dissed him in an interview after their previous encounter, calling him, among other things, an elitist.  The report of that interview cut Agassi to the quick. It was, he writes, “a declaration of war.”

Agassi wins the first two sets but loses the third. Here he is on the straight:

“The fourth set is nip and tuck. We’re each holding serve, looking for an opening to break. I glance at the clock. Nine thirty. No one here is going home. Lock the doors, send out for sandwiches, we’re not leaving until this fucking thing is settled. The intensity is palpable. I’ve never wanted a match so much. I never wanted anything so much. I hold serve to go up 6-5 and now Becker’s serving to stay in the match.”

In a paragraph, he zips through eleven games. But now he’s approaching that tricky turn. So Agassi slows down the telling:

“He sticks his tongue to my right, serves right. I guess right and coldcock it. Winner. I crush his next two serves. Now he’s serving at love-40, triple match point.”

The drama of the match is now distilled into one more exchange. In reality, the next paragraph takes probably five or six seconds to play out. But look how it’s handled:

“Perry (Agassi’s manager) is barking at him. Brooke (Shields, his girlfriend) is raining bloodcurdling screams down on him. Becker is smiling, waving at them both, as if he’s Miss America. He misfires his first serve. I know he’s going to get aggressive with his second. He’s a champion, he’s going to bring it like a champion. Also his tongue is in the middle of his mouth.** Sure enough he brings a faster-paced second serve straight up the gut. Normally you have to worry about the high bounce and kick, so you move in, try to catch it early before it bounces above your shoulder, but I gamble, hold my ground, and the gamble pays off. Here is the ball, in my wheelhouse. I slide my hips out of the way, put myself in place to hit the coldie of a lifetime. The serve is a click faster than I anticipated but I adjust. I’m on my toes, feeling like Wyatt Earp and Spider-Man and Spartacus. I swing. Every hair on my body is standing up. As the ball leaves my racket a sound leaves my mouth that’s pure animal. I know that I won’t ever make this sound again, and I won’t ever hit a tennis ball any harder, or any more perfect. Hitting a ball dead perfect – the only peace. As it lands on Becker’s side of the court the sound is still coming from me.

It really is masterful – and it’s a tribute to Agassi’s memory and Moehringer’s skill with words. Tennis players might learn a trick or two from the passage I’ve quoted; writers should copy it out and use it as a lesson on controlling time to achieve their dramatic objectives. 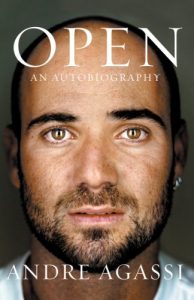 *  Open was ghost-written by the Pulitzer Prize-winning journalist, J.R. Moehringer, who worked closely with Agassi over a period of months, recording literally hundreds of hours of conversation in which Agassi established his voice, and told Moehringer the story/ies of his life. It’s a brilliant read.

** Agassi had noted a tell in Becker’s serve. When he was winding himself up to serve wide, he’d point his tongue in that direction in the second before racket hit ball; and to the centre if that’s where he was aiming. This enabled Agassi to anticipate what would otherwise sometimes be unreturnable aces.

Richard Beynon
Richard Beynon is a story consultant and an award-winning film and television scriptwriter with a long and accomplished career in the industry. He has written for – or headed the storytelling teams of – many of country’s most popular soaps, dramas and comedies. These include S’gudi snaysi, Going Up, Soul City, Isidingo, Scandal, Rhythm City and Isibaya. A former journalist for the Rand Daily Mail, he has conceived, shaped and written scores of documentaries. He has lectured on writing for film and television at Wits University.
Recommended Posts
Showing 11 comments 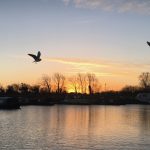