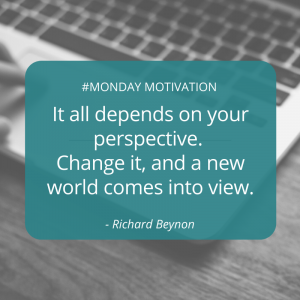 Chugging along a river or canal in a narrowboat gives you a certain perspective on… life, I suppose, but more immediately, your specific and ever-changing environment. At three or four kilometres per hour, it’s not altogether astonishing that you notice details – the wildflowers, of which I’ve written before – the trees, the shadowed bowers in the woods, the glimpse, in spring, of clearings bursting with undulating carpets of bluebells.

You have time, as you sip your mug of coffee, your hand lightly resting on the tiller, the diesel engine beneath your feet humming throatily, to cast your eyes up, following a raucous crow on its untidy flight to a branch in one of a line of towering poplars… Or you note on a distant hill the chalk lion of, ah, it must be Whipsnade Zoo. Or, ahead of you on the canal, the cascade erupting between ancient wooden lock-gates.

You congratulate yourself a little smugly on your wisdom at having abandoned the highways of this world for your placid, waterborne existence. How much you miss of the wonders of the everyday when you’re hurtling along the M1 at 80 miles an hour.

But then, later, having settled on a new permanent mooring on a lake surrounded by trees that gesticulate wildly in any wind, you buy a kayak and venture out onto waters made familiar by your frequent narrowboat sorties. You paddle a mile upriver to the Town Lock, and a mile downriver to Cardington Lock – and you’re astonished by what fresh wonders you behold.

A mallard mother anxious over her newly hatched brood of twelve chicks that whizz around her like rocket-propelled scraps of fluff.

A pair of swans jealously guarding their clutch on a nest tucked away between a red bed and a public footpath, hidden from passing walkers by a screen of hawthorn.

A heron, standing solitary guard on a willow branch protruding horizontally from the tree’s gnarled trunk. It gazes intently at the water beneath it. You stop paddling and allow your kayak to drift silently towards the skittish bird. You dare not breathe for fear of putting the bird to flight. Fifteen yards, twelve yards, ten. You’re as close as you’ve been to one of the giant inhabitants of the riverways. And then something alerts it, and its narrow head turns and one eye squints at you, alarmed, and then its wings come up and it pulls itself into the air, like an unfurling umbrella, and, rising, turns and lifts away with a rasping eldritch cry.

Later still, when the long-delayed summer at last arrives, you dip your toe in the water and think of dipping into its coolth. You abandon both narrowboat and kayak and slip into the lake and make your way through banks of waterweed to the river beyond.

Now you’re at water level. What took one minute in the narrowboat, five minutes in the kayak, takes twenty minutes in the water. Your body is alive to every underwater swirl of the river. You’re aware of the dust of pollen on the surface. A pair of Egyptian geese swim regally by, unperturbed by these novel water creatures in their midst. A kingfisher flashes past just above your head.

You’re not looking at the river now – you’re immersed in it.

It all depends on your perspective. Change it, and a new world comes into view.

Richard Beynon
Richard Beynon is a story consultant and an award-winning film and television scriptwriter with a long and accomplished career in the industry. He has written for – or headed the storytelling teams of – many of country’s most popular soaps, dramas and comedies. These include S’gudi snaysi, Going Up, Soul City, Isidingo, Scandal, Rhythm City and Isibaya. A former journalist for the Rand Daily Mail, he has conceived, shaped and written scores of documentaries. He has lectured on writing for film and television at Wits University.
Recommended Posts
Showing 5 comments