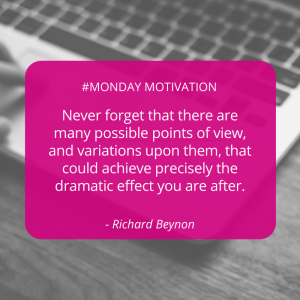 The standard choices are, of course, first person, third person, omniscient and the much rarer second person.

Each of these has an effect on the way in which the reader relates to your characters in general, and the protagonist in particular. If you’re writing in the first person, you at once create a sense of intimacy between narrator and reader. If you write in the omniscient third, you introduce a certain distance between protagonist and reader.

But it gets more complicated than that. You could, for instance, decide to adopt first person plural, as Joshua Ferris does in Then We Came to the End. Or you could mix points of view, writing in the first person for one character, and in the third for others.

We went to see Amadigi, performed by The English Touring Opera at Saffron Hall, an opera by Handel that I must confess I had not even heard of before. He composed it just a couple of years after he settled in England in 1712, to an Italian libretto. It is a “magic” opera, in which sorcery plays an important part. One of the central characters – there are only five in all – is a sorceress who uses all her craft to cause Amadigi to fall in love with her.

Alas (or thank goodness, depending on your point of view) she fails, and the opera ends with Amadigi safely in the arms of his inamorata, Oriana.

Now, I’m not going to dwell on the virtues of the opera – which are many – but on an unusual feature of the libretto. Of course, since we speak no Italian, we were reliant on the English surtitles – and a great translation of the text online.

Here’s the curious feature: for the most part the characters speak, as you’d expect, in the first person. Here’s Oriana half apologising to a suitor:

If I’ve offended, pardon me;

‘T was an involuntary Crime,

If Crime at all mine can be call’d.

But then, from time to time, they speak in the third person, reporting their own speech as if delivered by another:

She says, though Melissa afflicts and

torments her, yet all her Rigour is in

vain, and that her Dearest is so lovely,

that her Heart can never alter its

Now it’s true that some self-inflated individuals will occasionally speak of themselves in the third person. Here’s just one example of many drawn from a very rich repository of Donald Trumpisms: While speaking about Russia, he said: “Nobody’s been tougher on Russia then Donald Trump.”

It’s also true, as a little digging has revealed, that writers in the modern era have occasionally used this trick to dramatic, and sometimes comic, effect. In an episode of Seinfeld, one character only spoke in the third person.

I know this all sounds dreadfully technical. If you’ve got this far, you’ll probably be thinking something along the lines of (yawn): So what?

My point though is a very simple one: Don’t assume in the widest sense that what you’ve always done is your only option. More specifically, don’t assume that the point of view you’ve adopted is necessarily the most appropriate one. And never forget that there are many possible points of view, and variations upon them, that could achieve precisely the dramatic effect you are after. 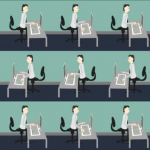