Monday Motivation: Proof positive that immersive scenes do their job 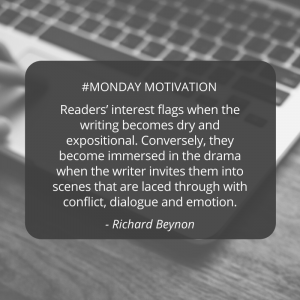 I’m busy with a collaborative project with a writer I’ll call Ferdinand. Using extensive material that he’s dictated, together with transcriptions of interviews I’ve conducted with him, I shape and compose chapters that together will constitute a memoir of key features of his life. I then pass these first drafts on to him for comment, criticism and sometimes extensive amendment.

On the one hand, it requires discipline in structuring each chapter as dramatically as possible, bearing in mind our commitment to the facts of his life. It’s also exhilarating, partly I think because we have to conjure scenes into existence out of the crumbs that are all that memory can occasionally supply.

We go through three, four or five drafts before we’re happy – and keep in reserve a final rewrite for the end when we’ll check on continuity issues, pacing, and so on.

When I complete the first draft of each chapter, I inquire politely of Trish whether she’s willing to listen to me read it. Invariably, she humours me.

Last night I wrapped up Chapter Five. It had been a tricky write that had taken me all week. I’d been aware that I was “telling” rather more than I like doing; and therefore “showing” rather less than I prefer.

But I reasoned that readers would forgive me because this is, after all, just one chapter of what we project will be eight or nine.

So I began. The start of the chapter is nicely immersive. In a scene or two it sets up a father’s expectations of his son. I reconstruct conversations between the two that sharpen our anticipation of an inevitable falling out.

Trish was, I noticed, both alert and engaged.

The next section provides a bird’s eye view of Ferdinand’s career. It is necessarily (I thought) expositional, skipping lightly and sometimes amusingly (I thought) over a career spanning 17 years. I tried to write this as energetically as possible to inject a little drama into what otherwise might have been a fairly dry recitation of the facts.

As is my habit, I kept checking on Trish’s demeanour. And couldn’t help but notice that her attention was drifting.

“Can’t you write a scene to… to liven it up a little?” she said.

“Well, it is just one damn thing after another, isn’t it?” She uttered this judgement with the air of someone instructing her grandmother on the finer techniques of sucking eggs.

I made a note and read on.

After the career synopsis, the chapter moves into more promising territory – conflict between husband and wife, tension between father and son.

But then we left the highlands of sharp and wounding dialogue and trudged across a plain of more exposition.

I made another note.

The chapter ends with an emotional conversation between father and son. The father tells his son that, despite his earlier reservations and criticisms, he’s proud of what he’s accomplished.

Readers’ interest flags when the writing becomes dry and expositional. Conversely, they become immersed in the drama when the writer invites them into scenes that are laced through with conflict, dialogue and emotion.

It’s really as simple as that, Trish might have said, but didn’t, out of respect for what few shreds of dignity I still possessed. 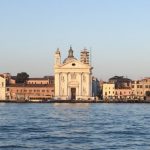 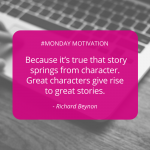