Monday Motivation: Where am I? 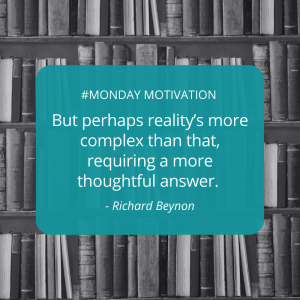 The patient in the bed nearest the bathroom is, of course, old. He’s also confused.

The nurse at his bedside, sorting out his medication in a minute paper cup, says automatically: “You’re in hospital, love.”

He responds with some astonishment. “Hospital? Don’t talk nonsense. I’m not in hospital. Why would I be in hospital?”

“You fell. The ambulance brought you in yesterday,” she says patiently. This is not the first time she’s answered these questions.

The old man has extensive bruising on his shoulders and arm – bruises that are exposed whenever the nurses give him a bedbath.

“I’m not in hospital,” he declares again. Across the aisle running down the centre of the ward, another patient, my neighbour, a man who spends twelve or fourteen hours a day watching television and who’s heard this interchange a dozen times and more over the past few days, calls out:

“Where do you think you are, then, Malcolm?” There’s a note of derision in his voice.

We know his name is Malcolm because it’s written on the large board above his bed. Malcolm Lowry. All our names are scrawled on similar boards above each of our beds.

Malcolm ponders this question for a few moments, frowning. “I’m on holiday,” he says at last.  He beams at the nurse who hands him the tiny paper cup with his pills.

Malcolm subsides, mumbling crossly to himself. “Hospital? Hospital? Why would I be in hospital.”

For a moment there’s comparative silence in the ward but for the murmur from my neighbour’s television set.  Then Malcolm’s eye happens to catch his name on the board above him.

“Who wrote my name there?” he demands.

This time I intervene.

“We all have our names above our beds, Malcolm. Have a look.”

He ignores me. He’s still squinting at his own name.

“How do they know what my name is?” he asks indignantly.

“Don’t worry about it,” my neighbour tells him.

He examines the contents of his little cup suspiciously, then up at the nurse standing at his bedside, his eyes wide, a little fearful.

It’s a good question, and one worth repeating. It’s one that I guess we don’t ask often enough. The answer, to some, is obvious: you’re in hospital; you’re at home; you’re on a train.

But perhaps reality’s more complex than that, requiring a more thoughtful answer. Perhaps we’re the victims of a vast conspiracy, designed to hide the horrible reality of our situations from us, like Truman in The Truman Show. How do they know our names? And what are those pills they insist we swallow?

Perhaps paranoia is not just for the demented. 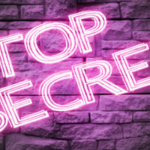 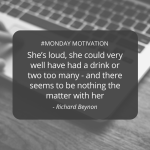