August Newsletter: Writing can change your life – here’s how

Adalbert Ernst was passionate about English, but became an anaesthetist. It was during a period of burn-out that he realised he’d been “robbed of something fundamental”.

Gail Gilbride, lecturer, always had a book in her. She loved writing, but “it seemed to go in circles and never moved forward”.

At 50, accountant Clive Goodchild-Brown saw his life transform. His first child was born, and he realised he had a yearning to write creatively.

All three signed up for our Creative Writing Course in the same year. For those who don’t know, this is our flagship course – offered online and face to face in Cape Town and Johannesburg.

Last year, Gail’s dreams came true when her novel Under an African Sun was published by a boutique US publisher Cactus Rain Publishing. Adalbert was accepted into the prestigious UCT Creative Writing Masters programme and is busy with his debut novel. Clive is putting the finishing touches to his first book.

“It changed my life,” says Gail, while Clive says it took his writing to another level and gave expression to his creative desire, “which was always unsteady before that”.

“I finally have work-life balance,” says Adalbert. “I love my job, and am passionate about my writing life.”

Gail says the course gave her the tools both to complete her book and bring it to a publishable standard. “I didn’t realise I needed the skills until I had them.”

Gail’s is one of 32 books to have been published by past participants in the last seven years. We couldn’t help sharing a couple of their stories with you since, as we always say, we’re in the business of dreams – giving you the ability to make your own come true.

The next online and Cape Town courses will begin on October 8 in Newlands. The face-to-face course fills up fast, so if you’re interested, please let us know soon. The next Johannesburg course will begin on 11 February next year in Parkview. Book now to lock in an early bird special!

The course isn’t only aimed at those who want to publish. Some people take it to enhance their experience of writing for family, and others just to expand their creativity after years of having it stifled by jobs and life.

We’ve made the online course as vibrant and interactive as possible. It includes numerous links and video clips, as well as live webinars for participants to chat to us and ask questions.

If you haven’t already, please do join us on one of our courses. It could just change your life.

After our very successful writing workshop in Stow-on-the-Wold last year, we’ll be back again this year. Join us in the iconic Cotswolds market-town for two days of intensive focus on developing compelling stories in the company of a group of like-minded writers.

Away from our everyday responsibilities, we’ll argue, brainstorm and write – furiously – with just one aim in mind: to hone our writing skills. (Not that we won’t have a lot of fun at the same time.)
The workshop starts at 6pm on Friday 21 September and ends 4pm Sunday 23 September. Click here for more information.

Penny Castle has published a novella which was conceived and developed by her son Joshua. But let’s allow her to tell you about it:

In November 2017 my son, Joshua told me the plot of a time travel adventure book we wanted to write. We didn’t know it then, but he was only a few weeks away from succumbing to the cancer which he had been fighting for nearly a year.

After his death, I found the notes I had made about Joshua’s book and decided to complete the book he had conceived. The result is Cure, a novella about a mother’s adventure to the future in search of a cure for her son.

Bree Smith will do anything to save her son. When she gets the chance to cure her son, bringing back a parcel from the future seems like a small price to pay. But the world-to-come is not how she imagined it. Now she must make a terrible choice. Save her son or save the human race.

Conceived by terminal cancer patient, Joshua Castle and brought to print, posthumously, by his mother, Penny, Cure is fast-paced and tense. You won’t put it down until you’ve reached the very last page.

Cure is available on Amazon on Kindle and Paperback.

All About Writing’s latest writing challenge offers the winner a literary assessment on any 5000 words of writing worth R 2750.

This month, we ask you to take a leap with cliffhangers. Read more here.

Winners of the June/July Writing Challenge

Some excellent responses to our June/July challenge. Remember, we asked you to play devil’s advocate with regard to some belief you hold dear, and write a conversation in which a character argues as persuasively as possible against your cherished conviction.

Leader of the pack was Jennifer de Klerk, who pitted rationality against passion to excellent effect. Jennifer wins a literary assessment of 5000 words of her writing. This could be in the form of a mini book report on the first 5000 words of a manuscript, a short story or a piece of creative non-fiction.

Runners-up include Sarah Woodward for some very clever dialogue – and a great twist in the tail; Mikhail Peppas for arguing against the proposition that “feminism is the radical notion that women are human beings”; and Bindi Davies (again!) whose penultimate line qualifies for a prize all on its own. (Check them all out, here.)

And for all you others who pitted yourself against your own best arguments, (however politically incorrect you might have seemed) well done. It’s great practice! 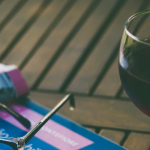 July Newsletter: Anyone can learn to write – here’s how.Newsletters 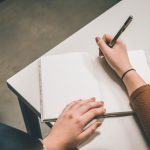