Monday Motivation: Fixing what you get wrong

The New York Times has been running an interesting series of articles which compile the answers that older readers give to the question: what life advice would you give to the paper’s younger readers?

One of these pocket-sized morsels of wisdom came from a retiree called Dan Rosenthal who as a student worked part-time in the workshop of a cabinet maker. One day, Dan and the cabinet maker were installing a cabinet that had been designed, he recalls, to stretch from one side of the kitchen to the other. They’d assembled the cabinet in their workshops, and had taken it to the customer’s house to install.

The problem was, it was several inches too long. Dan, irritated by their mistake, rolled his eyes – a sign of frustration that his boss picked up.

“Let me tell you the definition of a professional,” he said. “It’s a guy who knows how to fix his mistakes.”

He then considered the problem, brought out his tools, and ten minutes later the cabinet, appropriate resized, was in place. Problem solved.

Dan spells out the lessons he learned from this experience. “I like two things about Mitch’s definition of a professional. First, it acknowledges that no matter how good you might be at doing something, sooner or later you are going to make a mistake. And second, it says that if you truly are good at what you do, you will know how to fix what you did wrong.”

We’re all writers. Whether we’ve been published or not, that’s our avocation. But writing stories is, we all know, a complicated and difficult task. Probably easily as difficult as building and installing a kitchen cabinet. We are bound to make mistakes – and they won’t be limited simply to going on a little too long.

I won’t bother to enumerate all the variety of errors that we, as writers, can fall into. Some of them are common – others are mistakes that are peculiar to an individual, or a specific story.

But when you spot them, don’t despair. Remember Mitch the carpenter’s advice: if you truly consider yourself a writer, then you will take whatever measures are necessary to fix what you did wrong.

It’s as simple as that. 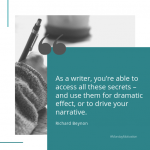 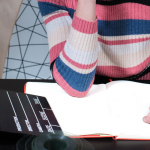