All About Writing co-founder Jo-Anne Richards is the designer and facilitator of many of our courses including our flagship Creative Writing Course and our popular Saturday Writing Workshops She is an internationally published novelist with a PhD in Creative Writing from Wits University.

Jo-Anne has published five novels: the best-selling Innocence of Roast Chicken (recently re-released as part of the Picador Africa Heritage Classics collection), as well as The Imagined Child, My Brother’s Book, Touching the Lighthouse and Sad at the Edges.

Every Wednesday without fail, Jo-Anne shares her writerly wisdom and some of her secrets to good writing on our blog. We’ve rounded up 15 of the top Writing Secrets blog posts from 2020. Click here to read part one, or here to check out the full archive.

6. Write for yourself, not for others

This is a counter-intuitive piece of writing advice.  After all, you want to get your writing out there, I know that. You do want to be read, even if only by family and friends.

But I believe the best way to be read is to write authentically, and be true to yourself. You’ll draw the kind of readers who enjoy what you have to offer, and who are attracted to your writing voice.

If you write to please others, they’ll haunt you. All their expectations will weigh heavily on your shoulders and taunt you. Your writing will emerge stilted and will strike a false note… [more]

7. When does contemplation become procrastination?

We don’t allow ourselves enough time to be bored. The modern world encourages us to fill every moment – and our phones encourage this.

If you’re standing in a queue, it’s important that you don’t always reach convulsively for the nearest social medium. Being creative requires us to day-dream sometimes – to allow our thoughts to roam aimlessly, to imagine. We need to contemplate, for our thoughts to coalesce.

But this can be dangerous territory… [more]

8. On darlings, and why they deserve to die

What is a “darling” anyway, and why should it be murdered? I was asked this in a workshop recently, and it brought me up short.

We are used, as writers, to being told to murder our darlings, but seldom are we told how to recognise them. That’s probably because darlings vary from writer to writer.

Definition might be hard, but I think we often know darlings when we see them – in other people’s writing. That’s the point. It’s difficult to recognise them on our own… [more]

9. Write to seek, not to preach

Those who are “given the job of telling stories,” according to Italian novelist Elena Ferrante, “should construct fictions that help seek the truth of the human condition”. I love her for this, because it’s something I believe in and have tried to adhere to, specifically because I grew up in a time of political struggle, when it was thought that writing should “support the cause” and have didactic intent; that it should prescriptively show people the way to go. And now we’ve entered another period in which the situation around us dictates strictures beyond which artists and writers “ought not to go”… [more]

When I taught young journalists, I told them to stop halfway through their story and ask themselves: Am I bored?

Last week I suggested a couple of questions you could use to interrogate a story idea, in order to test it out.

Here’s another which can be useful to you. Are you bored by your story idea? Well, difficult as it might be to consider, perhaps it’s completely predictable. Before halfway, you already know exactly how it will end… [more] 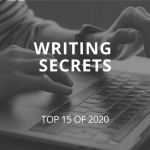 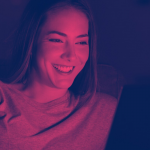 How to meet the writing challenges of 2021How to write a book, Invitations