For over seven years, Richard Beynon, co-founder of All About Writing and designer and facilitator of our Creative Writing Course, our screenwriting courses, and more, has motivated you with his Monday musings on writing, inspiration, and stories.

To date, Richard has written almost 400 Monday Motivations – which means that if you read one a day, it would take you over a year to get through them. Plus, you’d probably know almost everything there is to know about being a good writer.

11. What to write when its all been written before 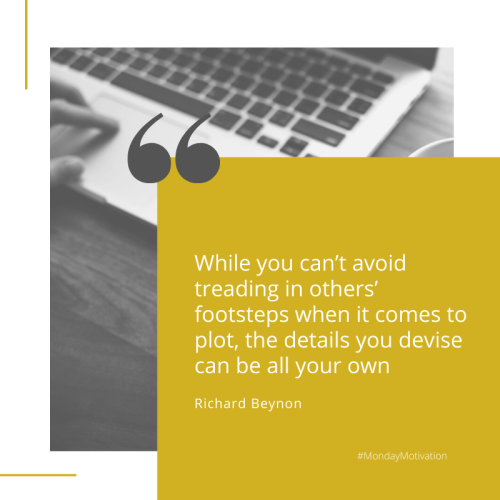 We’ve been devising a workshop on a very particular aspect of romantic comedies. Every romcom is obliged to include a particular scene. You’ll recognize it the moment you see it: it’s when the two love interests meet.

Hollywood originally called this scene “the cute meet”* but over time it evolved into the slightly more knowing “meet cute”.

The stereotypical meet cute involves two characters who, while recognizing at some level their mutual attraction, push away from each other for any one of a number of reasons… [more]

12. Introduce your characters with a flair – and a trumpet solo 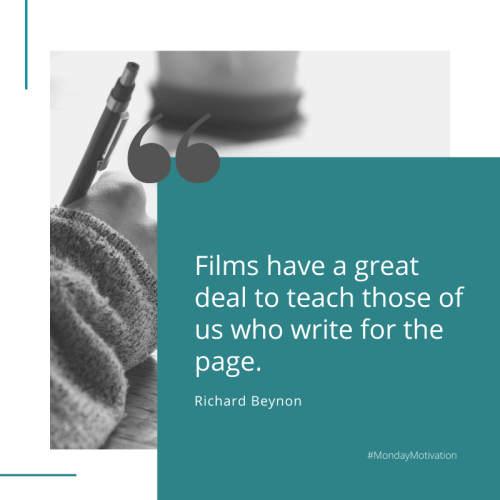 Films have a great deal to teach those of us who write for the page. Of course, the lessons of the screen have been slowly absorbed, by a process of osmosis, by all writers for well over a hundred years already. We’ve learned a great deal about scenes, and dialogue, and characterization.

13. Story and the Darwinian revolution 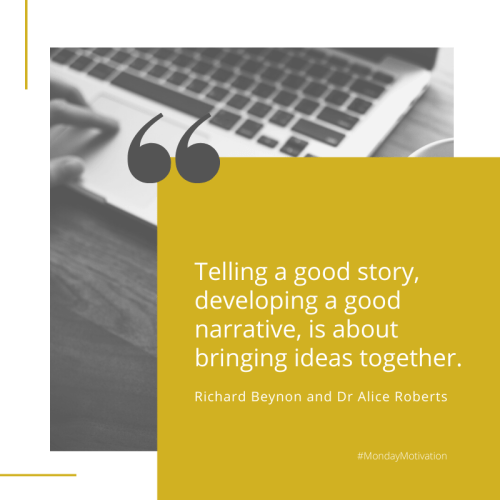 Story is woven through the fabric of human society, through our history, our customs, our institutions. It is the vector of communication and persuasion. It supports relationships. It generates inspiration.

So in a way I wasn’t surprised when a conversation I was listening to on the BBC turned naturally to story.

The two people involved were an anatomist and anthropologist, Dr Alice Roberts – and Jim Al Khalili, who hosts a programme called The Life Scientific… [more]

14. Three honks for the coronavirus 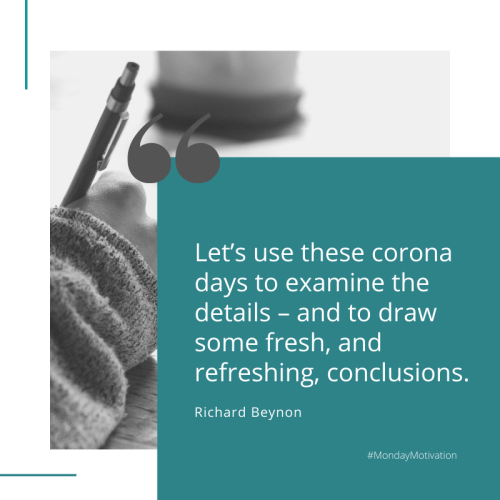 There are on the lake on which our houseboat is moored cormorants and swans, black-headed gulls and common terns, mallard ducks and moorhens, a resident heron, a pair of crested grebes, coots and a raucous flock of Canada geese.

Canada geese are large birds with black and white colouring. Their heads and necks are black with a distinct white chinstrap.

I say, a “flock” – but actually the Canada geese consist of a number of warring factions; small colloquys of birds that cruise about the lake in search, apparently, of opportunities for disputation with other groups… [more]

15. The authenticity of filthy language 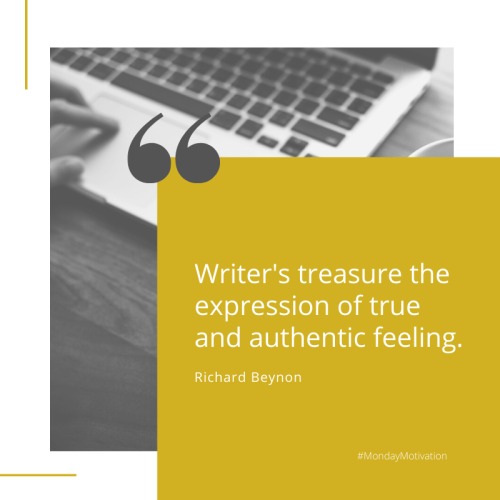 Are you offended by the ripe language that so many modern novels seem to relish? By their apparently gratuitous use of the f-word and the c-word, to mention just the two most egregious examples of curse words that I don’t think ever passed my mother’s lips?

I’ve been thinking about this subject since I read that book on Latin I mentioned a few weeks ago.* I noted then a comment that the writer, Prof Nicola Gardini, made, and I’d like to share my thoughts on the subject with you now. But first let’s consider again the poet Catullus. He was the author, I mentioned in that earlier piece, of a number of the most obscene and scatological poems… [more] 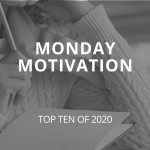 Here’s what motivated you to write in 2020 (Part 2)Monday Motivation, Richard Beynon's blog